Monday Love to your Roots & Relics

Home/Newsletter/Monday Love to your Roots & Relics
Previous Next

Monday Love to your Roots & Relics 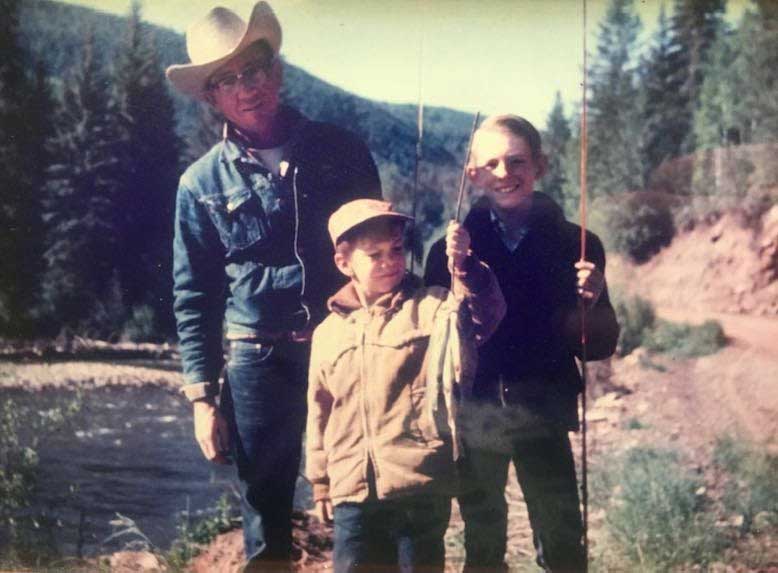 What are your forgotten passions? Why do some of the things we might have enjoyed early in life go off the radar for so long? How do we know what’s worth circling back to?

My older brother used to say: “Life is like a movie, you wouldn’t want to just have one reel.” What he meant was that change is inevitable and that it’s ok to embrace each different phase as they come.

Each chapter in your life’s book, to use a similar metaphor, has new characters, a twist in the plotline, and a change in ambiance and atmosphere. They might take place in an entirely new setting or environment. There may be some tragic turns, (hopefully not too many), some comic relief, and an ample share of triumphs and shining moments.

Love and heartbreak feature in every personal saga, along with every shade of the human experience rainbow. The hard knocks of rock bottom are there to let you know how far you’ve come when you’re at the top of your game. It’s good to have some contrast between the ups and downs in your story, the lessons you learn at the low points are what keeps you humble when you reach the top.

The trick is to not get stuck in the potholes and learn how to quickly correct your course. Sometimes it might feel like all you can do just to keep your nose above the water, but the sky is there waiting for you to rise above and fly. The fact that there are eagles soaring overhead is all the proof you need.

Each reel in your movie happens in a unique environment and comes with your own personal collection of set pieces and props. Many of these may fall by the wayside, indeed, it’s never advisable to try to tote everything along with you. Hoarder’s disorder might well be called “Accumulitus”, something to ward off by sharpening up your inner editor.

The soundtrack, however, is unlike any of the other elements. Music is relatively portable, (even if you’re a vinyl record collector like me). And songs are like boomerangs, they can sail out of your consciousness for long periods of time, and then return full-force, lighting up your emotions and inspirations from when they were fresh.

What’s even more interesting about the musical environment of a particular era is that what once was background may one day become foreground. What I mean is that sounds and songs that didn’t command much attention once-upon-a-time can be surprisingly impactful after some years of growth.

This phenomenon revealed itself during my online mid-week DJ streaming session on Wednesday. You see, I grew up in Colorado on a cattle ranch, steeped in the lore and culture of The Old West. (I’m the little guy in the photo w/ my dad and brother) I never gave much thought to the random bits of musical ambiance that surrounded me, and once I obtained my first stereo and turntable at about age 14 my taste was modern and urban all the way.

Rock n’ Roll for sure, my afore-mentioned older brother gifted me a copy of Venus and Mars by Paul McCartney and Wings upon the arrival of my record player. The first LP I bought with my own hard-earned lawn mowing money was I Feel Love by Donna Summer featuring the (at the time) ultra-futuristic beats of Georgio Moroder.

Colorado Country & Western music was more or less background noise to me at the time, although I did spend a lot of time with some Bluegrass 8-track tapes during my year on the road in a bus with my folks when I was 12.

Somehow I must have learned to discern because I instinctively know the difference between the commercial pop-country music that came to dominate the airwaves in the 80s and 90s and the gritty “Americana” artists that harken back to the early days of Western Cowboy culture.

It all came back to me on Wednesday, most likely spurred by my annual Christmas card arriving in the mail from my old friend Smelley Kelley, who happens to be the leader of a Country band in San Francisco called Red Meat.

Over the years I’ve accumulated a good number of Americana classics, with an emphasis on what I call “Prairie Crooners.” These are Old West easy-listening super-mellow campfire songs by artists such as The Sons of the Pioneers, a group that began back in 1933. So my show started with an hour of these and then I decided to roll with it and did an entire 3-hour Americana special that you can listen to here.

One of the main differences between playing records for my online fans versus playing in-person for dancers at Dance Jam is that I’m not locked-in to keeping the dance floor moving. My growing community of listeners is widely appreciative of the variety of genres that I play. I’m pleasantly surprised and highly gratified that they show up for everything from Jazz to Soul to Disco to Techno and everything in between.

The experience of intentionally putting music that was once in the background front and center at this stage of my life was really inspiring. It felt like I was shining a light on feelings and emotions that were long hidden in the shadows. Proving my point once again that music in general, and analog LPs in particular, have a way of fostering empathy and understanding across not only time and space, but cultural lines as well.

Perhaps you have some long-dormant selections from your life’s soundtrack that are due to see the light of day. Let your background come out to the foreground to play, you might be surprised at the good feelings they’ll bring along!

Much love and happy grooving till next week!

Reacalibrate: 21 Days of Ritual To Set Your Course For These New Times