Practices. Protocols. Approaches. Techniques. These are the words movement pioneers reach for when they are trying to describe what they do. Coining a term for a new method gives you the right to teach it your way. Persona. Panache. Mojo. Mystique. We use these terms to grasp at the essence of a mentor’s soul. When enough people label a person or group as remarkable, a reputation is earned. Modalities is the catch-all word we use to describe the genre. Some are interpretive processes that invite improvised facilitation, while others have specific moves or techniques that can be codified, memorized, and taught.

This is a living, working document. Please post comments, corrections and additions below.
[Live-linked names are current members of the Dance First Association]

5Rhythms New York native Gabrielle Roth set an international movement in motion when she created 5Rhythms at the Esalen Institute in California’s Big Sur in the 1970s. Using free-form dance as a crucible for personal growth, participants in the moving meditation practice are guided through a musical wave comprised of Flowing, Staccato, Chaos, Lyrical, and Stillness.

AcroYoga A blend of yoga, acrobatics, and Thai massage conceived by Jason Nemer and Jenny Sauer Klein. A practice of trust and playfulness popular at ecstatic dances.

Alexander Technique Australian actor F.M. Alexander developed this technique for creating balance in the relationship between neck and head. A simple and practical method that changes everyday habits to improve freedom of movement.

AliveMotion Rhonda Clarke’s programs and concerts awaken and heal through dance and music. Based in Alberta, Canada, with programs that include children and teens.

Azul A path of personal transformation and conscious movement practice created by Amara Pagano. Azul harnesses the body’s intelligence to facilitate inner healing and evolution and utilizes movement combined with a psycho-spiritual approach as a vehicle for exploration.

Bartenieff Fundamentals An extension of Laban Movement Analysis developed by Irmgard Bartenieff. Exercises that apply Laban’s movement theory to the functioning of the human body in motion.

Biodanza In encountering yourself and others through movement, dance, physical contact, and sharing, Biodanza classes have strong spiritual and emotional components, designed to heighten the experience of being alive in the here and now. Created by Rolando Toro Araneda.

Breath Experience Middendorf breath work is a gentle somatic practice that develops the theme of letting the breath come and go on its own accord.

Breema A protocol of over 300 self and partner exercises that bear resemblance to both Thai massage and Contact Improvisation. Jon Schreiber’s system of nine principles of harmony applies to all aspects of life.

Chakradance Australians Natalie Southgate and Douglas Channing use music and high-energy dance as the energetic gateway to the seven major chakras of the body.

Cocréa Co-created by  Wren LaFeet and Antje Schaeffer in 2013, Cocréa is an improvisational form of partner dance designed to support participants in developing presence, opening to creativity and generating authentic relationship and to empower mindful leaders and followers in community.

Contact Improvisation This internationally practiced open source modality was originated by Steve Paxton and Nancy Stark-Smith. A journey of somatic movement and connection shared by two or more people at once.

Continuum Emilie Conrad founded Continuum in 1967, based on the idea that in the process of activating our fluid intelligence, it is possible to live more vibrant lives.

Core Connexion An approach to dance as movement meditation and healing art developed by mentor Eva Vigran. This innovative practice leads to creative expression from the core through connection to body, breath, and sensation.

Dance from the Heart A practice developed by The Critical Mass Dance Company in Southern California. Dance from the Heart is a 7-step movement process for manifestation designed to ground your body, connect your spirit, and activate the power of your open heart to embody a heart-felt dream with ease and joy.

Dance/Movement Therapy The American Dance Therapy Association (ADTA) defines dance/movement therapy as “the psychotherapeutic use of movement to promote emotional, social, cognitive and physical integration of the individual.” Although roots can be traced back to Jung’s active imagination work in 1916, Marion Chace is credited with developing the profession in the 1950s.

Dance of Liberation Blindfolds are used in the shamanic tradition to allow inner creativity to break free. Parashakti created this form to free emotional, mental, and spiritual blockages through ritual dance.

Dance of Oneness Created by Banafsheh Sayyad, master sacred dancer and transformational teacher, Dance of Oneness is a spiritual path and science of embodiment, fusing three dimensions: the art of dance, wisdom teachings, and healing disciplines.

DanceMeditation An integrated movement meditation system that is offered both as a personal path and a dynamic community process. Founder Dunya Dianne McPherson cultivates embodied awareness using the premise that the body is spiritual intelligence.

Dances of Universal Peace First developed by Sufi teacher Samuel Lewis as a path toward peace through the arts. Selections from a library of more than 3,000 traditional folk and circle dances from all cultures are explored at weekly gatherings worldwide.

Dancing Freedom A form of full-spectrum manifestation through movement created by West Coast facilitator Samantha Sweetwater. Soul-activating dance journeys, workshops, and retreats with music that is fresh and diverse.

Dancing Mindfulness Using the art form of dance as the primary medium of discovering mindful awareness, the format of this expressive art developed by Ohio-based clinical trauma specialist Dr. Jamie Marich is especially valuable to those in recovery or dealing with stress. Now meets qualifications as an approach to expressive arts therapy.

DolphinDance An aquatic and sub-aquatic exploration developed by Lollia Cangemi for partners or “pods.” Nose-clips offer the safety to dive into the ecstatic three-dimensionality of the undersea dolphin universe.

Feldenkrais The methods of Moshe Feldenkrais guide people of all abilities through precisely structured movement explorations. The active expression is called Awareness Through Movement.

Hellerwork A system of somatic education that follows Ida Rolf’s lineage of Structural Integration. Joseph Heller based his interpretation on the inseparability of body, mind, and spirit.

InterPlay Cynthia Winton-Henry and Phil Porter began their collaboration in the Body and Soul dance company in 1979. Through improvisation they to translate the body’s innate wisdom through practice, play, and performance.

Kinetic Awareness A guided experiential study of the fundamentals of human movement created by dancer-choreographer Elaine Summers. Relies on inflatables and is also known as The Ball Work.

Kivo Connection with the kinetic voice is the intention behind the spirited practice developed by musician-dancer Lis Addison. Ecstatic circles of heart-opening dance, movement, and rhythmic body chants.

Laban Movement Analysis A vocabulary and analytic framework for the description of human movement originally devised by Rudolf Laban. The work is applied in diverse elds such as health care, the performing arts, sports, and education.

Life/Art Process As a cancer survivor in the late 80s, Anna Halprin’s life and art became one when she embraced her dance practice as a healing art. Using movement and art to release blockages and foster well-being, a session may involve drawing/painting, dancing, witnessing, journaling, and dialogue. Group processes may include performance and ceremony.

LivingTango A mindfulness-based approach to movement and connection with roots in Argentine Tango created by Los Angeles-based Ilona Glinarsky that embraces the metaphors of partner dance as a path to personal development.

Medicine Dance The work of Fred Sugarman at UCLA explores inner-directed movement for healing. Open classes are offered, and a current academic study is focusing on the well-being of breast cancer survivors.

Movement Medicine A body of work developed by the UK-based duo Ya’Acov and Susannah Darling Khan, this shamanic approach to transformation embodies the metaphor of the mandala as a guide. The School of Movement Medicine offers workshops worldwide, as well as teacher trainings and mentorships.

Nia blends nine movement forms from dance arts, martial arts, and healing arts, in an approach aimed at changing bodies and lives through the sensations of pleasure and joy. Nia FreeDance, a sub-genre, forgoes choreography.

Pilates The core fitness program of Joseph Pilates began at the turn of the century with NY City Ballet members as test subjects. Today over ten million people practice worldwide.

Qoya Movement system founded by Rochelle Schieck based on the idea that through movement, we remember our essence is Wise, Wild and Free.

Rosen Method Created over the course of 50 years of practice by somatic innovator Marion Rosen. Bodywork and movement aimed at creating more space for effortless breathing and graceful living.

Sensory Awareness An active mindfulness practice popularized by Charlotte Selver, who taught daily until her death at 102 in 2003. Active practitioners worldwide.

Shin Somatics Land to Water Yoga is a gentle practice that uses somatic principles and yoga philosophy for optimal living and healing.

Silvestre Technique Brazilian native Rosangela Silvestre’s in uential dance technique. Builds on the elements of nature and the intuition, balance, and expression of the body.

SomaSoul A body-centered dialogue with somatic/sensory awareness developed by Dan Leven. Resolves stress and trauma by synthesizing the energies of right-brain creativity with left-brain language.

Somatic Experiencing A form of moving psychotherapy created by trauma therapist Peter A. Levine aimed at relieving the symptoms of post-traumatic stress disorder and other health problems by focusing on the client’s perceived body sensations (or somatic experiences).

Somato-respiratory Integration A protocol that combines breath, touch, and dialogue to reunite self with repressed, shamed, or forgotten areas held in the body.

Soul Motion The spiritually evocative “movement ministry” of Vinn Martí has a devoted following and is highly influential to other facilitators. A creative musical odyssey of human relations and divine dialogue.

TaKeTiNa Reinhard and Cornelia Flatischler created this group rhythm meditation. Beginning with simple repetitive steps, then adding claps and basic sounds, the idea is to play with the edge of entrainment and chaos, integrating the hemispheres of the brain.

Uzazu A practice of embodied empowerment, Dylan Newcomb’s language of energy is a somatic polarity practice aligned with the Spiral Dynamics work developed by Clare Graves.

Vibrance An inspirational metaphysical workout for body and soul created by Ellen Watson and Daphne Tse. Formerly known as SpiritDance Soulsong, Vibrance exalts the human voice and the body’s motion through the lens of the eight chakras.

WildCore Movement A dance-based movement practice that explores the wilderness of body and soul. Developed by Idaho-based outdoor enthusiast Brietta Leader, WildCore is a path of untamed self-discovery, healing, and expressive movement that uses the power of metaphor as a bridge between the physical and energetic bodies.

Zumba Created by Beto Perez in the 90s, Zumba’s energetic vibe, pumping music party atmosphere are all about having fun falling in love with your body.[/vc_column_text][/vc_column][/vc_row] 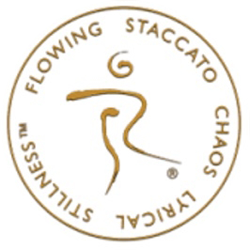 5Rhythms® Global
Welcome to 5Rhythms®—a dynamic practice to both workout and meditate in the same breath. Practicing them helps us become attuned to the underlying patterns in our everyday existence. 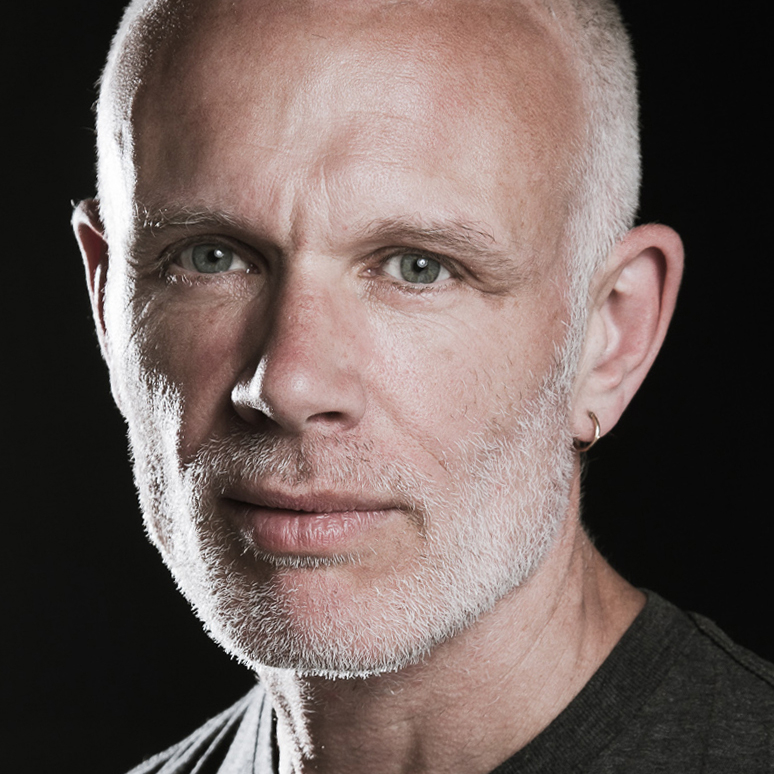 Breema Bodywork
Breema® is a simple, natural form of touch and body movement supported by universal principles. The aim of Breema is to bring us to a tangible experience of presence that becomes our foundation for a new dimension of health, consciousness, and self-understanding.
Go to Top