Monday Love to your Big Heart and Balance plus Shout Out to LA’s Medicine Dance!

Home/Newsletter/Monday Love to your Big Heart and Balance plus Shout Out to LA’s Medicine Dance!
Previous Next

Monday Love to your Big Heart and Balance plus Shout Out to LA’s Medicine Dance! 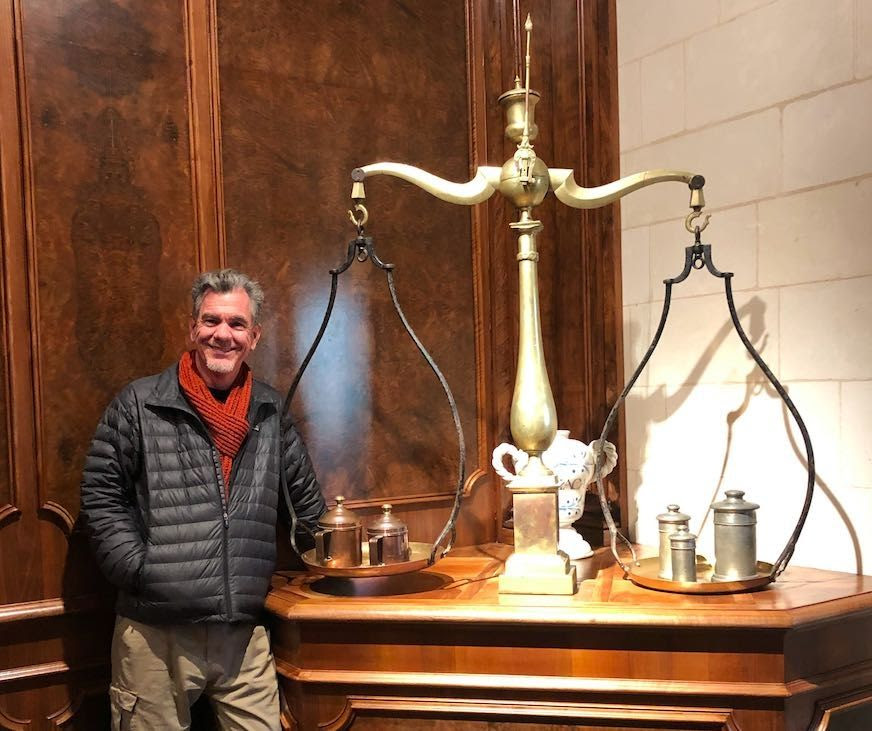 “A well-developed sense of humor is the pole that adds balance to your steps as you walk the tightrope of life.“

How do you stay in balance? What keeps you on an even keel? Why is inertia such an important factor in life?

As we leap forward into the first real week of the year, it’s a good time to get some perspective on the paired concepts of balance and inertia.

Coming off of a good holiday break and getting back into the gears of school, work, or business feels akin to what a bear must go through coming out of hibernation. Crawling out of your nest, shaking off the slumber, and having a good stretch is all part of getting the ball rolling and back to your normal routine.

Even though a stationary object tends to stay still and ’a rolling stone gathers no moss’, finding a balance between the two is what counts. We humans have a unique capacity to adapt and adjust, it’s our ability to strike out of our comfort zones and shed the routines that set us apart from the rest of our fellow members of the animal kingdom and allow us to proliferate and evolve.

While routines are comfortable, predictable, and necessary, interrupting them is where the growth happens. It’s sometimes hard to even recognize the habits and routines in your life until something happens to let you step back and get some perspective from an unusual vantage point.

Ideally, novel circumstances that turn your routines upside down are pleasant and planned in advance. Holiday travel, vacations, or sabbaticals are all welcome respites from the routine that allow for you to prepare going into them and have a generally predictable endpoint.

But life deals its cards from both the bottom and the top of the deck, so try as we might to prepare for the hiccups, things like family matters, health issues, or blown transmissions rarely give much warning.

To get a better idea of how and why inertia and balance are so closely related, imagine being a tightrope walker far above the ground. I happened to see The Flying Wallendas perform once when I was little, and their prowess on the high wire left a lasting impression on this balance-oriented Libra child.

Walking on a tight cable stretched between two tall buildings or over a waterfall requires not only nerves of steel, but absolute trust in your physical ability to command the laws of physics. One of the things you need is a long balance beam that is weighted at either end to steady you in the wind.

As you steady yourself with the beam, you want to stay in motion moving forward. If you stop your progress, it’s harder to stay balanced, and if you were to try walking the wire without the balance beam, you might not make it at all.

It’s like that with life in general. The more you can hold a clear vision of where you are heading in your mind and heart, the easier it is to stay on balance as the wind blows and the wire wiggles. For many of my years in my late teens and twenties, I not only had no routines but no direction at all. It wasn’t until later that I realized that choosing my own path with intention was the cure for leading a life of reaction.

For me, astrologically, my symbol is the scales. Libra’s are the only sign that has an object rather than a creature as it’s identity. So anytime I see an impressive set of scales, I’m immediately fascinated. Hence my photo above, taken in the apothecary at Château de Chenonceau a couple of weeks ago in France.

Inertia is a novel concept to get your head around. I recently heard a fascinating talk on NPR about how the concept of how our universe behaves changed radically over the years. Before the astronomer Hubble came along, the idea was that it was static. In other words, all the stars and galaxies were just hanging out wherever they happened to be and our relationship in space with them in terms of distance was fixed.

Then Hubble came up with the idea of the ‘expanding universe’ and proved that things were actually moving further away all the time. This became the bedrock concept of physics and astronomy, along with the assumption about gravity and inertia that all of this expansive motion had to be gradually slowing down over time.

Except when it doesn’t. Turns out that contrary to all the assumptions and accepted wisdom, the universe is expanding more and more rapidly all the time! Discovery of accelerating expansion in 1998 earned the Nobel Prize for physics for Saul Perlmutter at the Lawrence Berkeley National Lab, Brian Schmidt at the Australian National Lab, and Adam Reiss at Johns Hopkins University in 2011.

So here’s the mind-boggling part of this thought experiment. Since everything is moving away from us faster and faster, eventually outrunning the light of distant stars, it will appear to some future astronomer many millennia from now that we are all alone in a totally black, empty, and static universe. This creates a conundrum for our future astronomer.

Based on his or her observations, they would conclude that our planet is alone at the center of the universe, much as the ancients would have. If this astronomer happened to have some texts or documents from our day and age explaining the accelerating expansion, would they take them seriously? Or would they mock them as myths from an uninformed primitive society?

Zooming all the way out to the cosmic time scale, it would appear that there could be some sort of circular logic between the empty stillness preceding the Big Bang and the energetic expanding universe that we now inhabit. Perhaps the mythological Ouroboros is not so far-fetched after all!

One day we may discover how consciousness fits into this whole picture. For now, it’s enough to know that we have it and do our best to raise it wherever we can. My New Years’ epiphany came as I was spinning records at the first Dance Jam of 2020 last Friday night. Taking what’s going on in the world at large and contrasting it with what we are doing when we intentionally gather to ‘dance consciously’ makes it clear that we’re up to something special.

Collectively coming together with a common goal of raising our own and our community’s consciousness is metaphysical medicine for our world. It’s a rare and rarified activity that requires us to bring our best to the floor while acknowledging and accepting the warts and wrinkles that lurk in the shadows.

We’re all bit players in the grand scheme of things, yet we’re all playing essential roles moving consciousness forward and staying in balance at the same time. Your job is to keep showing up with a willingness to play with your abundance of love, kindness, and humor ready to light your way!

Much love till next week! 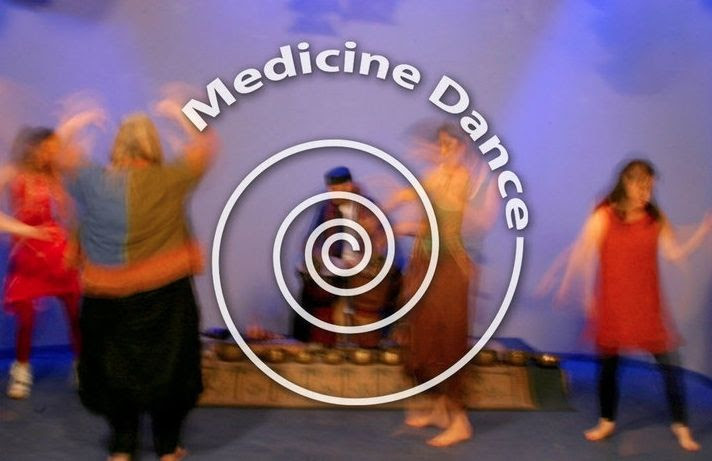 With weekly classes, international workshops, and immersions in Southern California and beyond, the Medicine Dance community is a dynamic force for movement. Medicine Dance is a “verbally guided, often music-accompanied movement experience.”

Fred says “We find solace, connection and a sense of mending and wholeness within the movement we see on the outside, and the movement that we can feel on the inside. Our desire and our practice is to join in with that movement which is occurring inside of us, in our deep inner cave that is so personal and so private that words become inadequate to describe. Why describe? Because we want to share, we need to share; we discover our own and each other’s magnificence and brilliance and unadulterated being alive and it is not possible to not want others to taste and smell and feel what we have discovered”

With weekly classes creating continuity for the Medicine Dance community in SoCal, they also reach out into the world with annual immersions in the UK and Hawaii. Facilitators take note of their “See Hear Love: As a Tree” Facilitation Training.

Here’s what noted Somatic Psychologist Gary Glickman, LMFT, PhD has to say: “Medicine Dance integrates two fundamental aspects of consciousness —intersubjectivity and  bottom-up processing— by creating safe relational, experiential containers for the body’s movement into and out of autonomy and communion, inner and outer awareness. By slowing down, by encouraging all sensations, feelings, and emotions to emerge and allow them to transform, by enhancing curiosity, movement, and radical self agency (always do only as much or as little what you wish to do, follow the body’s inherent impulse), Medicine Dance sessions provide safe relational experiences that encourage greater comfort with self-agency and self-awareness on all levels of consciousness…”

Check out the Medicine Dance website for more information about classes, retreats, and immersions and make sure to attend a weekly class when you’re in Los Angeles!