Home/Newsletter/Tuesday Love to your Creative Flow and make plans for The Dickens Fair today!
Previous Next 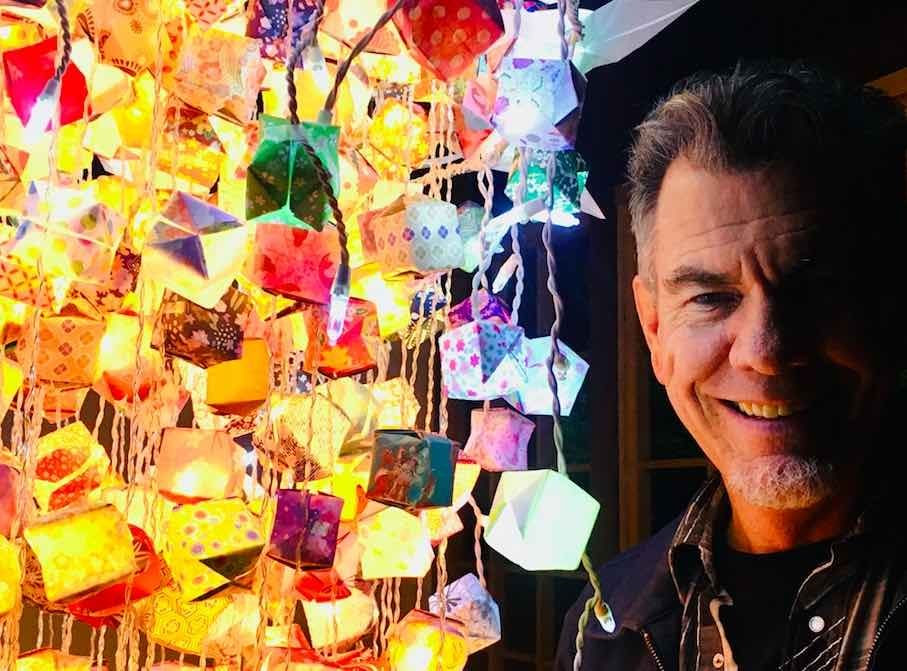 “Creativity itself doesn’t care at all about results – the only thing it craves is the process. Learn to love the process and let whatever happens next happen, without fussing too much about it. Work like a monk, or a mule, or some other representative metaphor for diligence. Love the work. Destiny will do what it wants with you, regardless.“

What’s your relationship to creativity? How do you nurture your creative spirit in your day to day life? Why is the drive to create such an important urge?

The concept of creativity is probably one of the more misunderstood elements of human nature. Some people think that only talent on the level of Picasso or Chihuly truly qualifies as “creative.” But really, it’s the process that counts, not the output or artifacts you leave behind. So if you just learn to recognize the gifts hidden in the process, you’ll discover a superpower that will drive every aspect of your life to a higher level.

All too often people associate the term creativity with ‘art’ or other ‘entertaining’ pursuits like writing fiction or making films. By doing so, they hold their own efforts up to the impossible yardstick of bestselling books, blockbuster movies, or astronomically-priced paintings.

But creativity itself is one of the primary elements of our human experience. It’s one of the key differences between us and the other warm or cold-blooded animals we share the planet with. Our ability to share a narrative and believe in a myth is one of the main reasons we were able to expand beyond our small tribal units and extend civilization to every corner of the globe.

In most cases, creativity in your life has nothing to do with art. It’s called into action every time you face a professional problem to solve, work through a dilemma in your personal life, or face decisions, large or small.

It’s also an area where people can be notoriously thin-skinned. If you’ve ever been part of any sort of collaborative creative team you know what I mean. One person laboriously tortures themselves for weeks to bring their precious project to the big meeting, only to have another team-member sketch something on a napkin in the moment that is hands-down the better idea.

Rarely does the long-suffering teammate simply acknowledge the obviously superior concept, sadly enough the reaction is more likely to be an explosion of recriminations and personal attacks. The ego is laid bare in the garden of creative work.

This illustrates one of the primary misconceptions as well as highlighting one of the more important factors in the realm of any creative pursuit. There might well be an artifact that is the eventual destination, but the paths to get there are as varied as people themselves, and everyone carries a different map. The journey is where the meditation happens, the nourishment is received, and the enlightenment occurs.

Separating the artifact from the process is essential to welcoming the magic of creativity into your life. In many cases, the artifact or end result is incidental, it’s what you discover personally along the way that matters. I can only imagine the hours spent by the artist who made the light sculpture I’m standing next to in the photo above. One of the hundreds of amazing illuminated art projects at the recent Autumn Lights Festival  in Oakland, this one featured a vast number of small origami boxes that must have taken an untold number of hours to construct.

Which brings me the inspiration I had for writing about this topic today. The other day while I was driving along listening to NPR I happened to hear Terry Gross interviewing legendary rocker Patti Smith. She made the point that the only thing that an artist truly owns is their process. “When the work is still in your hands it belongs to you.”

Once it’s finished, it’s no longer yours, it belongs to the world. The personal time, the healing time, the transformative time, is what you privately experience along the way during your process. The wise thing to do is to release your attachments to the artifact itself. Let it stand or fall on its own merit and be ready to return to your personal garden of creativity that only you can understand.

This is not to say that intellectual property shouldn’t be protected, or that every creative offering is open source. Copyrights, trademarks, and branded or licensed bodies of work can and should be structured in such a way so that you, the creator, receive the remuneration you so richly deserve. Plagiarism and appropriation are shortcuts for the unethical.

From the woo-woo point of view, it’s fun to note that both creativity and relationships find their seat in your second chakra. It’s a natural match when you think about it since that’s also where your capacity for reproduction resides. So pay attention — if your creative juices aren’t flowing, how are your relationships going?

The bottom line in this belongs to Buddha. Separating process from product requires respect for non-attachment. My original metalwork mentor Mark Pauline had an interesting quirk I asked him to explain to me at one point. We would spend months as a team, building robotic machines, flame-throwing props, and dangerous special effects devices for spectacular Survival Research Laboratories shows. In far less than an hour, our months of work would be reduced to a smoldering pile of wreckage.

The aftermath of every SRL show would be a huge party amidst the rubble, which was the only time Mark would ever consent to smoking pot. When I asked him why only then, he replied, “It’s over. I want to forget all about it. Tomorrow we start working on the next show.” To me, he embodied the essence of non-attachment. His passion lived in the process, his product burned on the pyre.

May you find your own personal passion in your process this week! Much love till next Monday! 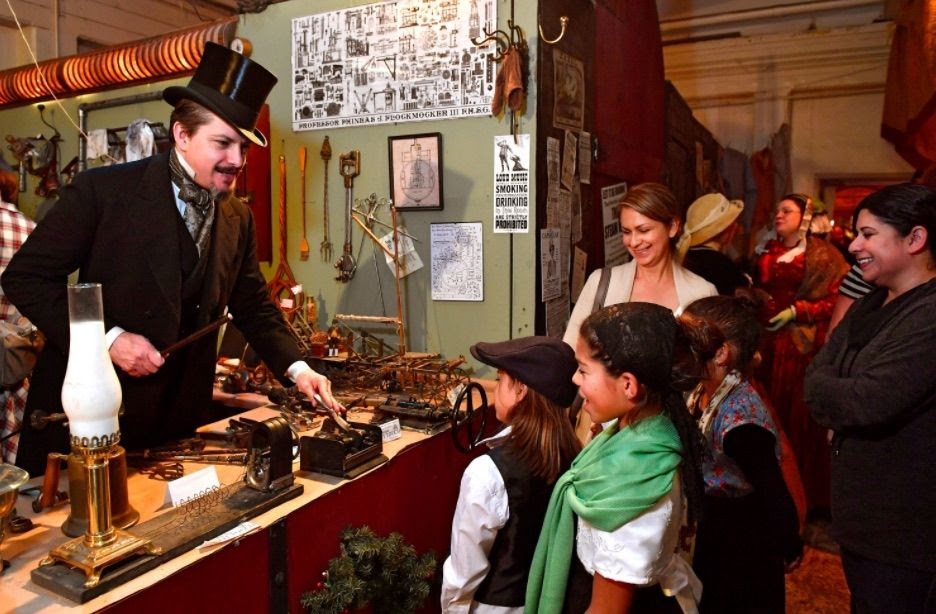 Being a long-time Bay Area resident myself, I can totally relate to folks who somehow miss some of the great cultural activities we are blessed with. It can be an embarrassment of riches when you look at all of the different expressions of community, culture, and creativity that surround us.

But when people say to me “Oh yeah, I’ve heard of The Dickens Fair. I’ve never been, but I’ve always wanted to go” that’s when I go into full-on arm-twisting mode and make my pitch. I can’t imagine that there is anything quite like it anywhere else. And this is coming from someone who has little patience for the typical schmaltzy American holiday kitsch.

Any number of things are sure to amaze a first-time visitor to The Dickens Fair. First of all, it’s vast, yet intimate. There’s over 100,000 square feet of indoor space transformed into London, circa 1850, yet at no point are you lost in a sea of people or pushed around by a crowd. It’s more like streets and alleys to explore, with various areas opening up into performance spaces, theaters, emporiums, and dining or drinking establishments.

Next, this is the holiday season before the invention of Santa Claus! The Coca-Cola inspired version of the red-nosed and large-bellied icon that is featured in every big-box store and mall across the land is nowhere to be seen, instead a very stately and elegant Father Christmas can be glimpsed making the rounds.

That leads to the shopping. No holiday season would be complete without the giving and receiving of gifts, and for those who eschew the mass-produced and packaged-in-plastic imports that are ubiquitous this time of year, The Dickens Fair offers a cornucopia of hand-crafted and artisan-made treasures that will stand the test of time. Indeed, many of the offerings are interactive, such as the hand-operated press that stamps medallions of silver or brass or the antique letterpress for individualized greeting or business cards.

Music, dancing, and jaw-dropping feats of derring-do abound, with various areas oriented to the wee ones such as the arcade with the hand-cranked merry-go-round, the build-your-own Fairy House zone, or my all-time-favorite for the under-10 set, “Boot the Cat.” Much like finding out your kid prefers a cardboard box to the elaborate battery-operated contraption, Boot the Cat delights by simply inviting kids to sit on an antique bed and chuck old shoes at kitty cat cut-outs in a window to win small stuffed animals, (or candy canes as consolation prizes).

Grown-ups seeking a shall-we-say ‘bawdier’ experience can escape the kids and venture into Mad Sal’s Saloon for some rousing and risqué song and dance and an adult libation or two. Or for period Victorian ballroom dancing and parlor games, there’s Fezziwig’s with proper live music and dance instruction.

All of this is happening in the context of over 800 fully-costumed players comprising the pantheon of Dickens characters woven seamlessly into the crowd. You can sit for High Tea with Charles Dickens himself, follow Queen Victoria’s procession through the streets of London, or ogle the live models in the windows of Dark Carnival’s corsetry boutique. Flockmorten’s parlor of weird science is especially impressive, as are the historically accurate recreations of naval battles and World’s Fairs.

While a full hoop skirt, pince-nez, or top hat is not required, you may want to at least dust off an old vest or a vintage skirt to get in the spirit of things. Some folks do show up and stand out in their Nike’s and Niner’s gear, which I suppose could mean they’ve just stepped out of a time machine. But no matter, the natives are friendly, and the Dickens tales brought to life are full of good humor, so check your calendar today and pick your date (or dates!) to step back in time for your trip to Victorian London! 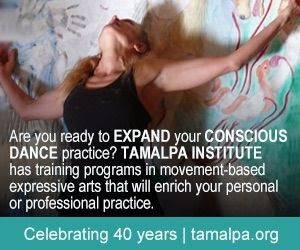 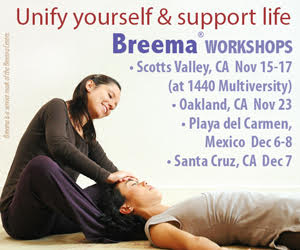