Monday Love to your Proper Perspective

Home/Newsletter/Monday Love to your Proper Perspective
Previous Next

Monday Love to your Proper Perspective 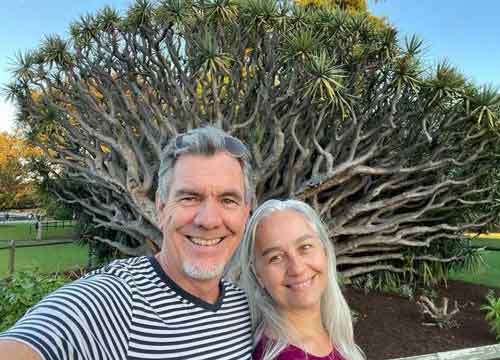 “ The cosmos is within us. We are made of star-stuff. We are a way for the universe to know itself.”

Is it just me, or is the Full Moon energy really powerful this time around? More often than not when there’s a big full moon in the sky I find myself sleeping less, waking up in the middle of the night, and generally navigating what seems like all kinds of crazy energy in my world.

Apparently, the Full Moon coming up this Wednesday is a SuperMoon, (meaning that it’s full while it’s at or near the closest point to Earth in its orbit). It’s the largest one of the year, and third out of four in a row, we’ve got one more coming up in August.

Just think, if that cold grey hunk of rock rotating around our big warm blue marble can exert such a powerful influence, imagine what the rest of the universe might hold?

The further out you zoom, and the tinier we appear, the more baffling it becomes that we seem to be the only spark of consciousness in the neighborhood. Of course, just because modern science lets us see unimaginable distances through space, we still have no way of knowing what might be going on out there on worlds similar to ours.

Like Sun Ra said: “Space is the Place.” Were he alive today, I think he would be tickled pink at the images beaming back from NASA‘s new James Webb Space Telescope. You may have heard about the new super-gigantic crazy-expensive ultra-high-tech gadget that we put way up a million miles high in the sky that’s capable of seeing literally billions upon billions of light years away.

Those who like to ponder will find a useful metaphor in the scale of observation available to modern mankind. On one hand, we can now witness protons and electrons at work in the heart of an atom. On the other, we are looking at light that has been hurtling towards us for 13 billion years from the edge of the universe.

And where are we? Somewhere right in the middle of it all, equipped with what is to us, so far, a unique trait: the spark of consciousness.

And with consciousness comes perspective. The ability to look at a situation from close up or afar. Sometimes that’s what it takes to stay present and grounded in our topsy-turvy world.

So as this weeks Full Super Moon wraps its lunar magnetism around your soul, remember how tiny you are in the grand scheme of things no matter how vast and epic your Hero’s Journey may seem.