Monday Love to your Subtle Shifts and shout out to Starfish Dance and Yoga!

Home/Newsletter/Monday Love to your Subtle Shifts and shout out to Starfish Dance and Yoga!
Previous Next

Monday Love to your Subtle Shifts and shout out to Starfish Dance and Yoga! 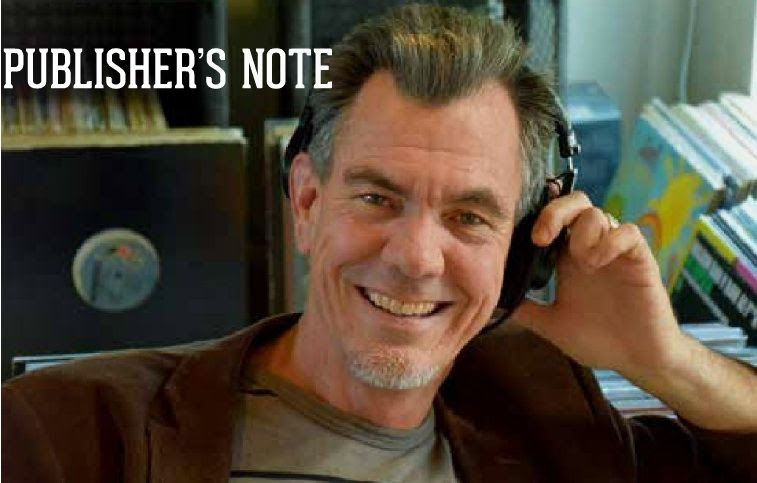 Do you ever make a tiny shift and get a huge result? Have you ever adjusted something slightly and been surprised by the change? Does it ever seem like doing something differently might be more effort than it’s worth?

Sometimes resistance rears it’s ugly head and keeps us in the same old rut. Other times it’s simply inertia, and the tendency to keep doing things the same way is stronger than the impulse to try something new.

And let’s face it, most of us are creatures of habit, it’s the human condition. We thrive on routines and the comfort of predictable patterns. It takes some effort or simply the willingness to try something new to have a different experience or see something in a new way.

And more often than not, once a little adjustment is made, we look around and say “Why on earth didn’t we notice that yet?” It can be glaringly obvious looking back, as they say, hindsight is 20/20.

We had one of these moments this past week at Dance Jam. As most of you probably know, I’ve been the host of this long-running weekly event here in Berkeley for over two years now. Dance Jam is one of the original ‘barefoot-freestyle’ conscious movement experiences in the Bay Area, having been launched four decades ago in the late 1970’s.

I started going to Dance Jam in about 2005. That seems like ancient history at this point, Ecstatic Dance was yet to be a driving force in the Bay Area movement world, and the term ‘Conscious Dance’ was just a cheeky phrase on my DJ business cards. I discovered it by hearing about other dances like the Unconditional Dance at Harbin Hot Springs where I’d been spinning my records since the mid-90’s.

Dance Jam in those days was the one of the biggest hot spots for community connection, packing two separate studios in West Berkeley’s Sawtooth Building every Friday night. There was the ‘Hot Room’ where DJ’s would play upbeat music, and the ‘Warm Room’ for moving meditation and Contact Improv, often accompanied by a live music ensemble.

They would stop the music in the Hot Room halfway thru the night for a sharing circle which was well received by some folks, while others would decamp to the Warm Room to avoid the sometimes interminable interruption. This fell by the wayside when the majority voted with their feet to avoid it.

The shifting sands of the Bay Area conscious dance landscape led to changes at Dance Jam. The advent of Ecstatic Dance at the enormous Sweet’s Ballroom in Oakland on Wednesday nights andSunday mornings drew hundreds of people to the louder and more modern EDM (Electronic Dance Music) vibe.

Meanwhile, the loose collective that had been carrying the torch for Dance Jam began to fray at the seams. From the ashes one member stepped forward and changed the structure into a private business. So somewhere around 2012, Dance Jam became Dance Journey hosted by long-time community member Ken Martini.

Ken and his wife Denise made a number of much needed improvements in the decor and sound system, and overall dialed the dance into a well-oiled machine. Dance Journey kept the fires burning in Berkeley for a few years until his focus shifted to film production and they grew tired of driving down 60 miles from Sonoma each week to produce the event.

That’s when he sold the dance business to a couple who were members of his staff, and they changed the name once more to Ecstatic Dance Berkeley, and immediately began to model the aesthetic on the heavy EDM format popular in Oakland. This shift was energetically promoted and led to strong attendance, but didn’t sit well with many of the long-time community members from the original Dance Jam days.

Ecstatic Dance Berkeley lasted just under a year, until various forms of friction led to the organizers losing their foothold in the Sawtooth Building and the dance landed back in Ken’s lap since they were only partway thru their time-based purchase agreement.

That’s when I stepped into the fray, I’d been one of the DJ’s who had played at each iteration of the dance, and was called on for advice and insight from my position of diplomacy as publisher of Conscious Dancer. So when Ken was saying, “I’m going to have to find someone from the community to run this dance.” my ears perked up and I thought, “Why not?” and the rest is history.

My first move upon picking up the torch was to change the name back to Dance Jam and take it back to its origins. From our current flyer: “Our musical roots are in the psychedelic sounds of the 60’s, the soulful dancefloors of the 70’s, the new waves of the 80’s, the raves of the 90’s, the freshest EDM, and today’s top pop beats and world rhythms.”

The next big adjustment came just after the last presidential election. We felt the need for community connection, but having a shareback circle at 11:30pm was far too late, likewise very few people are there when we open at 8:30.

So we hit upon the idea of having a short circle at 9:15 after a 45 minute warmup to punctuate the evening, welcome first-timers, acknowledge the DJ, and vibe up the space with three big OM’s of gratitude. This has been a great addition to the dance, and made a palpable upshift in our energy.

But as 2017 was drawing to a close, we still seemed to be missing some piece to the puzzle. Leave it to Laura, (aka DJ Lolly, my analog partner in record spinning crime, and creative director with Conscious Dancer) to notice what we hadn’t been noticing!

“Let’s put together a little altar!” Since there had never been one, we’d never thought about where to put one. Turns out there is a perfect spot on the opposite wall from the DJ that has just been accumulating backpacks and shoes.

It came together overnight, in time for our first dance of the New Year. Our ‘resident artist’ Lauren Meyer, (aka Painter Dancer) is in the habit of providing a painting for the lobby, and was delighted to pitch right in. Clari and Rosie and our other volunteers stepped right up, co-creating a vibrant new focal point for the room.

We all felt the difference immediately! It’s as if our dancefloor now has a magnetic pole at each end. It’s such a subtle energetic shift, and yet somehow adds so much value to the experience. It adds an element of reverence that balances our musical mischief behind the turntables.

So the lesson learned and wisdom shared is that sometimes the simple shift that is your secret sauce of serendipity is as plain as the nose on your face. The missing link in your life might be just as simple, and well worth a little experimenting to discover.

Let yourself loosen up to notice your own opportunities to upshift, and allow yourself the freedom to change. When you pay attention with love and kindness your comfort zone will thank you!

Much love and happy dancing till next week! 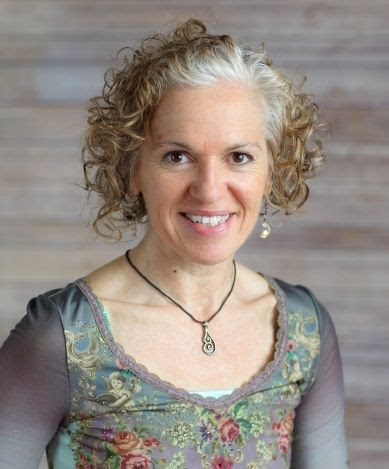 This week’s Dance First member spotlight shines on Maria Skinnerand her studio, Starfish Dance and Yoga. She’s based in West Concord Massachusetts and is one of Dance First’s earliest fans and supporters.

Beyond her extensive background as a Nia facilitator and professional astrologer, she’s developed her own form of movement called BeSoul Dance designed to guide people to the inner feeling of embodiment and joy she has know since she was a child on the beach in Uruguay.

She also has an active practice leading a form called Ageless Grace as well as her signature movement experience entitled Dance Spells that invites a deeper journey into transformation.

And most importantly no matter where you are, Maria is a prolific and inspiring writer! Check out her blog and get on her e-newsletter list to read a vast collection of great insights into the realm of movement written by someone who really understands.

Thanks for being a Dance First member Maria! I’m delighted to support your work and help you make a difference with movement!

Visit both her blog at MariaSkinner.com and her studio website atStarfishDanceYoga.com to learn more and be inspired!

Touching the Source, Opening the Heart: Breema in Sedona