Monday Love to your Practice and Patience

Home/Newsletter/Monday Love to your Practice and Patience
Previous Next

Monday Love to your Practice and Patience 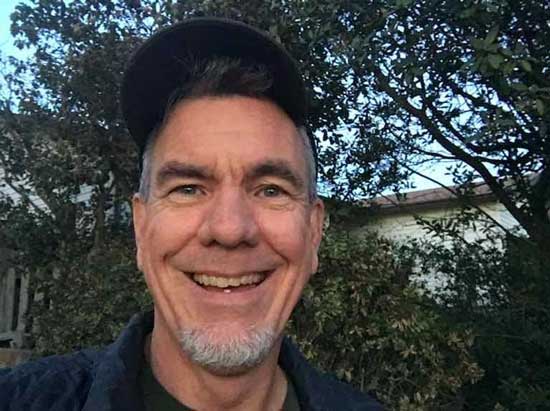 “My optimism wears heavy boots and is loud.”

What a difference a year makes, right? Could you have guessed what you’d be up to today one year ago? What’s your forecast for November 2021?

You might have special powers to predict the future, if so, you’re one of the rare ones. Fortune telling never really goes out of style, even if most folks know that crystal balls, tea leaves, or palm reading aren’t often entirely accurate.

Her stock in trade is her purported ability to communicate with people who have passed away. Until the ghost of Sam Wheat (Swayze) arrives on the scene she’s happily conning grieving folks out of their hard-earned cash with fake seances where she tells the people what they want to hear.

Her world is turned upside down when Sam appears demanding to get a life-or-death message delivered to his living lover, Molly Jensen (Demi Moore). When she gets over the shock of realizing that she may actually have her mother’s ‘gift’ of communicating with spirits she agrees to cooperate with Sam.

Hilarity, comeuppance, and heartwarming romance ensues. The film is ultimately a parable on love, trust, and life after death. Fiction and film somehow touch upon abstract ideas and concepts in a way that relates to our real-world lives.

Last night I had the pleasure of immersing myself in the gorgeous countryside and villages of the South of France, a different scenario altogether. For obvious reasons this past year has offered ample opportunities to catch up on movies which has been very rewarding as I’m known to be quite behind on the subject.

In the process, I’ve discovered what may be one of my all-time favorite actors. I first discovered Jean Reno in Luc Besson’s controversial action movies Léon: The Professional and La Femme Nikita. More recently we watched Ronin where he buddies up with Robert DeNiro in an international intrigue.

So when we finally tracked down a version of Avis de Mistral with English subtitles I was eager to see him in a different kind of role. The title in French refers to a certain seasonal wind in Southern France akin to the Siroccos of Africa or the Santa Anas of Southern California so the word is a metaphor for the winds of change. The English title My Summer in Provence falls short of conveying the depth of this film.

It’s simultaneously a coming-of-age story about the two teenage siblings and a tale of transformation regarding Paul Oliveron (Reno), their grandfather. As an older character, Reno brings forth a quality of emotion that eminently relatable and refreshing.

Seeing a story about a family on holiday together brings into stark relief the reality of the holiday season in 2020. A year ago I was on my way north for a Thanksgiving visit to my Dad and younger daughter’s family and in the planning stages of a Christmas trip to Paris and La Chartre-sur-le-Loir.

This year all travel is on hold. My older daughter is eager to visit but dares not leave Melbourne in Southern Australia where Covid-19 is safely in the rearview mirror after months of one of the world’s longest and strictest lockdowns. She’s finally able to get together with friends at a pub for dinner with no masks or social distancing.

Tomorrow marks exactly one year to the day since the first case of Covid-19 was reported in Wuhan, China. I remember seeing ominous news reports around New Year’s and then the first confirmed cases of community spread in the Seattle area early in the year. It’s hard to believe humanity’s dance with our most recent viral partner has been going on for a year.

2020 has brought us many lessons, patience being one of the most important. Like ‘Avis de Mistral’ (roughly ‘a message from the wind’) we can hang on a while longer as the winds of change bring a more unified response and science-based leadership to the fore.

Your belief in what’s possible, your work in your community, and your care for loved ones are what make the difference. I predict we’ll be in a much brighter place come November ’21!

With love, hope, and optimism till next Monday!