Tuesday Love to your Cultural Conundrums

Home/Newsletter/Tuesday Love to your Cultural Conundrums
Previous Next

Tuesday Love to your Cultural Conundrums 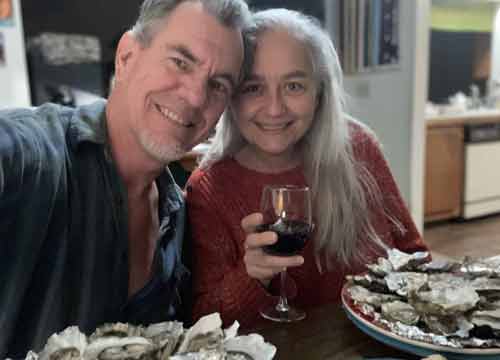 “ Culture is the arts elevated to a set of beliefs.”

Here’s the latest in the “who would have thought?” file. Did you know that cassette tapes are making a huge comeback? What on earth could be driving people to breathe life back into this long-forgotten format? If the vinyl revival is perplexing then the resurgence of cassette culture is downright confounding.

If you think the vinyl revival had them stumped, this one really has the pundits scratching their heads. What on earth is going on with cassettes? Why would anyone want to revive a cheap and funky format that most people assumed was dead and gone for good?

Well, one theory is that it all comes down to the magnets. To analyze cassette culture objectively, it would seem that for some sensitive folks no amount of inconvenience or hassle will stop them from getting that electromagnetic feeling.

Most of the modern cassette enthusiasts weren’t even born during the heyday of tape. Compare and contrast what it was like for folks back then with what modern enthusiast have to endure. Sometime in the 70s the compact cassette eclipsed the 8-track tape in the format wars. Suddenly, cassettes were everywhere, most importantly in the dashboard of every new car. It was obligatory for record labels to release cassette versions of every album, generally retailing for half the price or less than vinyl. Cassettes were everywhere. You could pick them up at the gas station or any convenience store. They were considered to be somewhat close to disposable. Most people didn’t bother to take care of them or even keep them in their plastic boxes, it was more common to have a handful of them thrown in your glove compartment.

The arrival of the compact cassette was a game changer for popular culture. Prior to its arrival on the scene there was no way no convenient way to bring your music with you wherever you went. Radios had long been portable, and of course the arrival of the palm size transistor radio after World War II changed Western culture forever. The ability to bring your own tunes along, and take control of the audio environment was a game changer. Suddenly, the soundtrack to a persons personality was everywhere. Along with the cassette tape, came the arrival of the boom box. Prior to the big bulky “portable cassette player“ the best one could do was to bring along a radio, (this probably explains the eclipse of superhero radio DJs, they were less necessary to identify with someone’s identity once the ability to bring your own collection along came about.)

When Squares looked upon the Cool Kids in the 60s and 70s they were primarily appalled by the visuals. Long hair, lurid colors, and far too much thigh, belly, and midriff showing. Sure, they thought the music was bad, but for the most part they didn’t have to endure it.

Once battery operated boom boxes arrived on the scene music escaped the confines of living rooms, concert halls, and night clubs. Suddenly the parks and city streets were awash with sound. Like the smell of smoke from a distant fire, young people of every type could surround themselves with the soundtrack of their own choosing, permeating their immediate vicinity with the pang of their personality.

Since then we’ve gotten used to the ubiquitous sound of booming beats. Besides boom boxes, which are now usually paired to a smart phone with Bluetooth, car stereos come with 18” inch subwoofers capable shaking the fillings loose from your teeth and rattling the windows of every house on the block.

If portable music no longer relies upon the compact cassette, then what’s to explain the resurgence of these finicky little musical boxes of plastic?

Dive into any cassette culture Internet forum and you will find a passionate and growing community willing to endure great hardships in order to keep their tapes turning. Repairing vintage Walkmans, refurbishing dubbing decks found at the Goodwill, and going to great lengths to brag about their most recent acquisition.

It would appear that the thirst for electromagnetic analog music is strong and cassettes provide the cheap do-it-yourself ethic that vinyl does not.

Next time you find yourself thinking that something is long gone gone by the wayside, think again! It might just be bidding it’s time waiting for the sands of time to shift!