Monday Love to your Social Discourse

Home/Newsletter/Monday Love to your Social Discourse
Previous Next

Monday Love to your Social Discourse 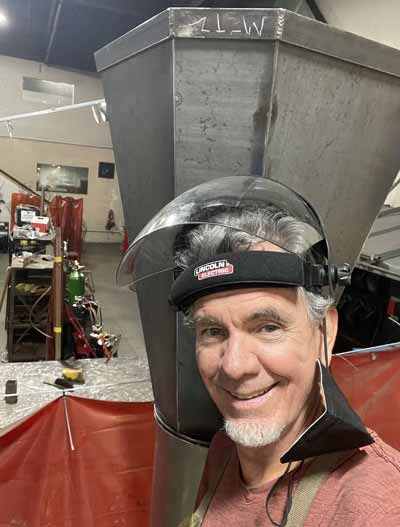 When did you get started on the Internet? Are you what they call an early adopter, or were you late to the party? Well, if you weren’t born yesterday you’ve seen a lot of change, both online and in our world in general.

Remember Friendster? How about AOL or Yahoo chat rooms? I’ll bet you even had a MySpace profile at one point or another.

Think back to our society in that era and before, and notice what’s different. Specifically, the political landscape. (You knew I was going to bring up politics today right?)

Think about how politics worked back then. A candidate had to get out in front of people and discuss issues with them in person. Of course there were ads on television and political junk mail in your letter box.

But at the end of the day, politics were part of the social discourse. You talked to your friends, struck up conversations with acquaintances at cafés, and listened to the opinions of people you respected.

Gradually, and actually with blinding speed, social media crept into our lives and wrapped its tentacles around every facet of our social discourse.

At the time, we welcomed it as a communications novelty and a shiny new fun way of being entertained. There was very little discussion of the implications to our body politic. No one thought of it as a utility.

The dotcom bubble burst and its ashes rose the iPhone and the age of apps. Facebook began its meteoric rise. Suddenly everyone had a computer in their hand and began flocking to the big new private social media companies in a big way.

Back around 2010 I remember getting really upset because people had started to use Facebook as a utility. Trusting your social connections and valuable personal content to the whims of a corporation never seemed like a good idea.

And just to clarify, utilities are things like email, or telephone service, or the post office. You have your number or address or whatever, and the federated systems work together to handle your message.

That’s why I’m always advising people to build their email list, because that’s an asset you own. If your contacts and ability to reach people are in the hands of a private company that can turn on you, you were never safe.

As a society, we are well over a decade in to the experiment of letting private companies mediate our social experience. It’s as if we’ve had a blindspot to the fact that our social discourse and our body politic are intertwined like milk and cereal.

Regardless of what happens tomorrow, this is a watershed moment. The rich guy that just bought the big platform that journalists, politicians, and news agencies rely on posted a Nazi meme today and told his hundred million followers to vote for the party that’s committed to taking women’s rights away and shredding the social safety net.

So it would appear that the mask is off. Meanwhile, the whiz kid over at the helm of the other big platform most of you rely on has managed to incinerate around $700 billion in the past year chasing the scheme that we all want to sit around with goggles on our heads in some virtual world. Yeah, sure, but nobody likes to puke.

So society’s big wake up call right now has to be “Putting our collective social discourse into the hands of shifty privateers with malevolent motives has got to stop.“

The main reason that hate and division and propaganda thrive on private social media sites is the profit motive. Your attention is the product that gets sold to advertisers. If you are mad, inflamed, scared, or just feel sad or depressed, you’re going to spend more time on the sites, which sells more ads.

As someone who migrated from Facebook to the Bird App some years ago, this recent debacle has been most disheartening. I’ve been checking out the various private alternatives and nothing else is appealing.

Until I took a closer look at Mastodon. The clever fellow behind it has designed it as a decentralized utility that no one person or company can own.

At first crack, it seems a little geeky, and there is a bit of a learning curve, (remember how smart you felt when you figured out your AOL chat room?), but after spending a little time getting used to it and learning more about it, I am hooked.

Here’s why. It weeds out and minimizes hate, intolerance, and misinformation by design. How can it do that? Here’s a quote from Eugen Rochko, the inventor.

“It’s kind of like cars. Cars are used by everyone, even bad people, even for bad purposes, there’s nothing you can do about it, because the tool is out there….on Mastodon, when you host your own server, you decide what rules you want to enforce on that server, which allows communities to create safer spaces than they could otherwise have on these large platforms.”

Think of it as a large network of mini-social networks that allow users to follow each other and communicate across each other.  If a specific person or group behind a server starts pushing out intolerance and hate, the others that agree to higher standards can simply shut them out. So the incentive is to be civil and keep the respect of the network rather than behave badly to get clicks.

With no ads and no algorithms, it’s a bit disorienting at first. But once you start connecting, the signal to noise ratio is way better. The atmosphere is immediately different, since you’re not being manipulated to spend as much time as possible in order to sell your eyeballs to advertisers.

Anyway… On the eve of an election that is proving once again that social media in it’s current privately-owned form is toxic to democracy it’s refreshing to have a glimmer of hope that a new egalitarian social discourse utility is emerging.

How to get started? Download the Mastodon app, choose a regional server that appeals to you, choose your username and password, and you’re good to go. I switched to Metatext as a third-party app that has a nicer interface once I got set up. Your handle displays both your username and the server you you are on. Mine is @markmetz@sfba.social

Read this interview with Eugen Rochko who created it to better understand the vision and go to fedi.tips to help figure out the nuts and bolts.

That’s me with my latest project for the City of Richmond, as always, keeping my hands busy when I’m not dancing or spinning records.

Much love till next week!

PS: If you haven’t already mailed in your ballot or voted early, Tuesday is the big day, so don’t sleep!