Monday Love to your Pioneer Spirit and save your spot for See/Hear/Love with Medicine Dance!

Home/Newsletter/Monday Love to your Pioneer Spirit and save your spot for See/Hear/Love with Medicine Dance!
Previous Next

Monday Love to your Pioneer Spirit and save your spot for See/Hear/Love with Medicine Dance! 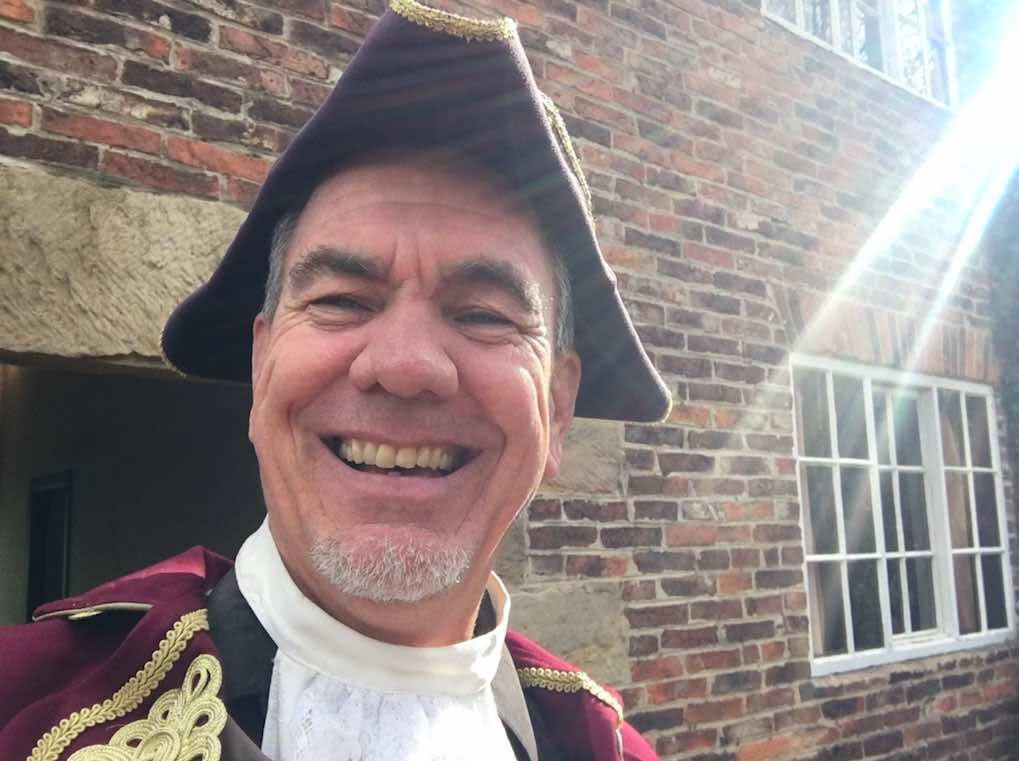 “If you want to be a pioneer, you have to be intentional, at least a little bit.“

Who are the pioneers that have blazed trails for you? Which pathfinders led the way on your current journey? Where have you opened doors for others to go through?

Society’s story is one of pioneers, from the earliest tribes that ventured out of Africa to the westward journeys of the Pilgrims and the cowboys of the Old West. Culture doesn’t spread by itself, it takes restless souls who have a desire to venture beyond their own environs to discover something new.

Some are driven by boredom to experience the world beyond. Historically, when the far corners of the world were still mysterious, the lure of ‘uncharted territory’ was too great to resist. Entire cultures have found themselves on the run, migrating in great diasporas to escape from dire circumstances or persecution of beliefs. Conversely, cultures that were happily established prior to the arrival of newcomers rightfully take issue with the idea of having their homelands ‘discovered’, ask any Native American or Australian Aborigine.

The pioneering spirit isn’t just geographical, and in the realms of mind and culture, true novelty abounds. In every field, from art to science, fashion to academics, thought leaders see opportunities to create what wasn’t there before and advance things to the next level. And while the surface of the planet has yielded to the magnifying eye of satellites and modern cartography, the innermost regions of the atom and the outermost reaches of space still hold alluring mysteries.

When it comes to invention, there’s often a feeling of “but of course!” that follows a groundbreaking innovation, (and some innovations are met with a dismaying groan of “Did we really need this?”). From the wheel to WiFi, once a new development becomes widespread, it’s hard to imagine the world before it’s arrival.

The same goes for culture. In the field of conscious dance, Gabrielle Roth is widely regarded as one of our eras most influential pioneers. Expanding upon the ground broken by leaders such as Ruth St. Denis, Martha Graham, and Anna Halprin, Roth refined the idea of what a practice or modality could be with the metaphorical map of the 5Rhythms. She also enthusiastically embraced the term ‘conscious dance’ that I coined, feeling that it was a perfect umbrella for the many practices in the growing field.

And while 5Rhythms is obviously a cornerstone of the entire conscious dance movement, what Roth also paved the way for was the idea of “branding your mojo.” Before 5Rhythms, most practices were what we would now call ‘open source’ meaning that the methodology was articulated, but not protected as intellectual property.

With 5Rhythms, Roth developed a specificity of language, a model for training, and guidelines for facilitators that had to be hewed to in order to use the name and spread the message. The work is unique, the transformation is tangible, and the results speak for themselves.

So it’s no wonder that other like-minded movement innovators saw an opening for their own unique approaches to become ‘branded’ modalities with codified methods and a viable business model to match. Our most recent survey of the conscious dance field yielded nearly 100 different trademarked modalities ranging from the most ineffable and esoteric somatic meditations to quite common modes of dance fitness and aerobics.

Pioneers are to culture and society what synapses are to the human brain. Once a new pathway or territory is opened up, it’s like a wagon trail through the plains, what started as a footpath becomes a well-traveled highway as time goes by. Obviously, not everyone is meant to be a pioneer, there’s wisdom to the phrase, “lead, follow, or get out of the way.”

You may be traveling a well-worn path, or perhaps you’re on the cusp of revealing the next big thing. Regardless of where you are on the trail of human expansion and consciousness-raising, you’re part of the unfolding mystery that we all share. If life offers you a chance to innovate and open up more possibility for all, then take the leap and blaze the trail. As long as love and kindness are with you, you’ve got nothing to lose.

My thoughts are on pioneers this week because I’m in Melbourne Australia, one of the places that Captain James Cook touched upon on his many travels. His history and life’s story are remarkable, and together with both of my daughters, the older one who lives here, we visited his cottage where the historical society thoughtfully provides period apparel to get visitors into the spirit of things.

In 1755, the idea of exploring the world was a far different proposition than it is today, yet the human thirst to understand the unknown remains strong. Every river and mountain may now be mapped, but the frontier of science and human consciousness remains as vibrant and alluring as ever.

Wherever you stand in your corner of the world, know that you are a valuable part of the human family and that your link in the chain makes a difference. The dance of life spans both space and time, so stay present and put your best foot forward as you face the frontier!

Much love and happy travels until next week! 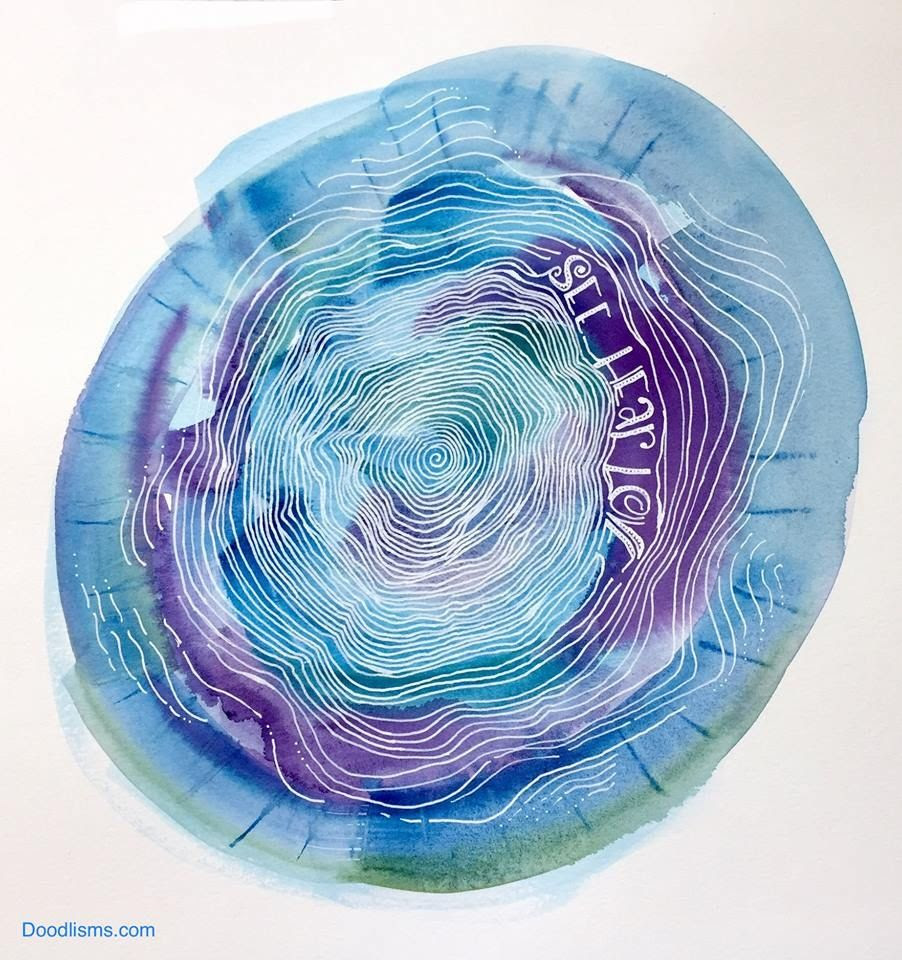 This week’s Dance First Members Spotlight shines on the Medicine Dance community and their dynamic leader Fred Sugerman. Long-time movers and shakers in the Southern California somatic scene,Medicine Dance has expanded beyond their home environs to provide facilitator trainings and amazing immersions, retreats, and experiences.

On the horizon this fall, from October 23 to 27th, you’re invited to join Fred and the community in Santa Monica for See/Hear/Love: As a Tree – A Medicine Dance Facilitation Training, Laboratory & Playground.

Fred says: “ There is a tradition in Movement Arts: Once we get to a certain level (inwardly found) of practice in the arts, be it martial or dance or healing; athletics or yoga, we are called to share the work. To call others into an environment that we create, with an intention to pass on the transformative benefits that we have come to receive through regular, long-term practice.”

Admittance to See/Hear/Love: As a Tree requires a committed long-term movement practice and conversation with Fred. Reserve your spot and commit by July 23rd and get a substantial discount on your fees.

“ Physically, emotionally, and spiritually exhilarating, Medicine Dance is a verbally guided, often music-accompanied movement experience. We identify present moment thoughts, feelings, and sensations and invite them to be expressed through the body. In a Medicine Dance class or workshop we dance from the inside, out.”

Fred describes his invitation to you like this, “ My intention is to attract not only those who are or may want to facilitate movement in the outward way of dance, but also those who are already facilitating movement in more inward and/or subtle ways of healing or enlightening or performing or teaching (anything). Any Movement awareness and practice will be illuminated and more deeply revealed in our work together.”

Here’s what Gary Glickman, LMFT, PhD, from Los Angeles has to say, “ Medicine Dance integrates two fundamental aspects of consciousness —intersubjectivity and  bottom-up processing— by creating safe relational, experiential containers for the body’s movement into and out of autonomy and communion, inner and outer awareness. By slowing down, by encouraging all sensations, feelings, and emotions to emerge and allow them to transform, by enhancing curiosity, movement, and radical self agency (always do only as much or as little what you wish to do, follow the body’s inherent impulse), Medicine Dance sessions provide safe relational experiences that encourage greater comfort with self-agency and self-awareness on all levels of consciousness.”

Learn more about Medicine Dance and the work of Fred Sugerman and reserve your early bird seat for See/Hear/Love today.