Monday Love to your Nurturing Nature

Home/Newsletter/Monday Love to your Nurturing Nature
Previous Next

Monday Love to your Nurturing Nature 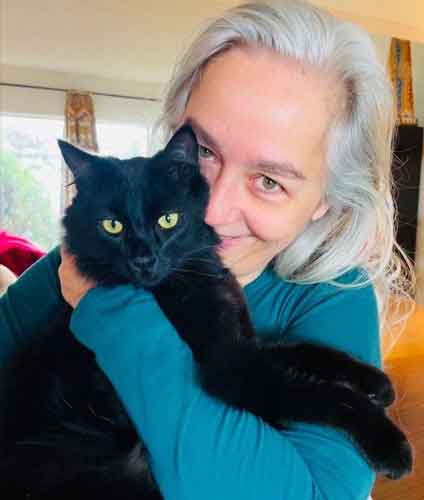 “ Nature never deceives us; it is we who deceive ourselves.”

Who are your “inter-dimensional allies”? Do you connect to nature? Or does the natural world connect with you?

Even folks who live in the most sterile of high-rises have some tenuous connection to nature. Just as some Walden-esque back-to-the-landers can’t avoid seeing the occasional airplane or electric line.

Every cell of what we are, and every bit and byte of the technological world we’ve built around us all springs from nature in one way or another.

It’s the backdrop to who we are. It’s the foundation of what we create. It’s the milieu from which our myths manifest.

So much of humanity’s modern relationship with Mother Earth has been presented as a pitched battle. Man against nature, the conquering pioneer, the intrepid explorer slaying the savage beasts and bringing “civilization” to the “primitives”.

But as Earth’s current iteration of nature slips away bug by bug, bird by bird, and beast by beast, we’re starting to notice just how interconnected we are. As John C. Lilly pointed out in his book on the science of belief entitled Simulations of God, we have little awareness of what has gone missing before we arrived.

Humans tend to think of our relationship with the animal and vegetable world as a one-way street. We shape the environment, tend the garden, cull the herd. But lo-and-behold, it turns out that a lot of the critters and creatures that we write off as ‘lacking intelligence’ are a whole heck of a lot smarter than we give them credit for, and are actually learning from us.

I’m inspired today by a unique documentary we watched last night. “My Octopus Teacher” is one man’s story of renewal found through his unexpected and unusual relationship with a very special creature.

We’ve all seen the typical nature documentaries with the aloof narrator describing the scenes and sharing the facts. This story is nothing like that, because it’s a first-person narrative with the two characters in the drama being the storytelling marine biologist himself and one specific female cephalopod, aka a common octopus.

Without giving too much of the story away, (because I highly recommend you take the time to watch it), it brings you into an astonishing world of intelligence, trust, and compassion between two very different species.

Cats and dogs, of course, have evolved and adapted to live their best lives in the close company of us upright two-legged folks. One might argue that is we who have been trained, especially when it comes to cats.

But for creatures that exist solely in the wild to open up and connect requires real commitment, patience, and effort on the part of the human. One has to be willing to meet them on their own terms, in their own environment, and on their schedule.

José Argüelles said that our pets are our “inter-dimensional allies”. Having generally been accompanied by canine or feline friends for most of my life, I couldn’t agree more. Ozzie, (in the arms of Isabelle, above) is a constant presence and source of energy in our home.

Along with Ivan, my daughter’s dog who sleeps where she does, they stay totally attuned to our every move. Their presence is such an essential part of our environment that it’s like the air that we breath. It’s only when circumstances like an upcoming trip have them both out of the house that the silence and stillness make us aware of just how entwined their energy is to our every move.

Critters around the house aren’t for everyone, and diving daily with an octopus is far beyond almost all of us. But befriending the creatures that we do find around us is not so far of a stretch, be they spiders, squirrels, crows, or corvids. A layer deeper lies the realm of the plant world, deeper still the mycelial mysteries of the fungi.

Our dance on this Earth is not just with one another. We must appear quite strange to the other warm, wet, or wiggly creatures that encounter us, what with our upright way of moving and our limitless capacity for language. But connect we can, above, below, and all around.

In wonder with you till next Monday,