Monday Love to your Lingua Franca

Home/Newsletter/Monday Love to your Lingua Franca
Previous Next

Monday Love to your Lingua Franca

Have you ever contemplated the idea that you live in a bubble? Or thought about the fact that your eyes have lids but your ears don’t? What the heck am I talking about anyway?

Well, here’s another riddle. What’s the one thing that a fish knows nothing about? (Well, we can only make assumptions about what’s going on inside a fish’s brain, but for the sake of the thought experiment lets continue.)

The answer, of course, is water. We can imagine that a fish takes for granted the environment in which he swims. And so, too, do we humans. We’re all breathing air and using our five senses at every waking moment, but the real environmental atmosphere that we inhabit is the one our culture provides, that being language.

What happens when you’re out in public, walking around town, eating at a restaurant, or riding transit? You overhear snippets of conversation, from random words here and there to entire embarrassing anecdotes. Unwitting strangers chatting with friends or blithely babbling into their cell phones broadcast their words into every ear within earshot.

We take it for granted. Sometimes we can tune it out, but more often than not words find our ears like rain falling on a tin roof. We don’t even think about it, it’s like the water we swim in, not worth a second thought.

As long as we’re in the company of other folks who speak the same language we’re like the fish who has no reason to think about water. What happens when you leave your home environment and step into another culture? That’s when you realize that language is a some sort of a bubble.

Language is a universal constant in every culture, we humans depend upon it for our very survival. If you’re an American sitting in a restaurant in the United States, you can’t help but hear bits and pieces of the conversations going on around you.

But as soon as you set foot in another country where the language is unfamiliar, you find yourself in your own bubble where the only familiar words are the ones bouncing around between your ears. The burble of conversation around you washes over your ears like a verbal massage, just texture and atmosphere with little meaning or content.

Until… that moment when an English speaking person opens their mouth and their words cut through the atmosphere like a well-aimed arrow. Your bubble bursts. That’s the moment you realize that you’re in one.

Could this be the reason so many writers and other creative types produce their best work in far-away countries? It’s one thing to sit down to write at your local coffee shop, another thing entirely to slip into the burble of babble of a foreign tongue.

Ask any ex-pat that’s lived in a land of a different language for long. They may have learned the new language quite well, but chances are that unless they are consciously tuning their ears in to ‘translation-mode’ most of what they might overhear is an auditory blur.

It’s when you’re adrift in the sea of a foreign language that the ‘bubble’ metaphor becomes real. You’re alone with your thoughts, your internal dialog perfectly understandable to you. You get used to the sound of the conversations around you, blissfully detached from meaning.

For folks in the USA, (or anywhere, really), this entire line of thinking is a good reason for travel. Better yet, for long stays immersed in other cultures. Because at the end of the day, this is all about consciousness-raising.

Dancing at the edge of your bubble is a great way to expand your awareness and get more perspective on your native culture and place in the world. People who make the effort to travel and experience other ways of life are enriched in invaluable ways.

Learn more about the ‘water’ you swim in. Step out of it every once in a while!

May your eyes be on the horizon and your feet on the ground!

Much love till next Monday. 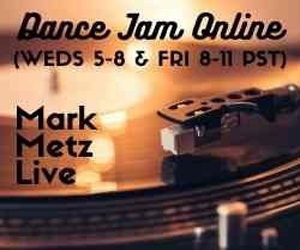