Monday Love to your Ideals and Optimism

Home/Newsletter/Monday Love to your Ideals and Optimism
Previous Next

Monday Love to your Ideals and Optimism 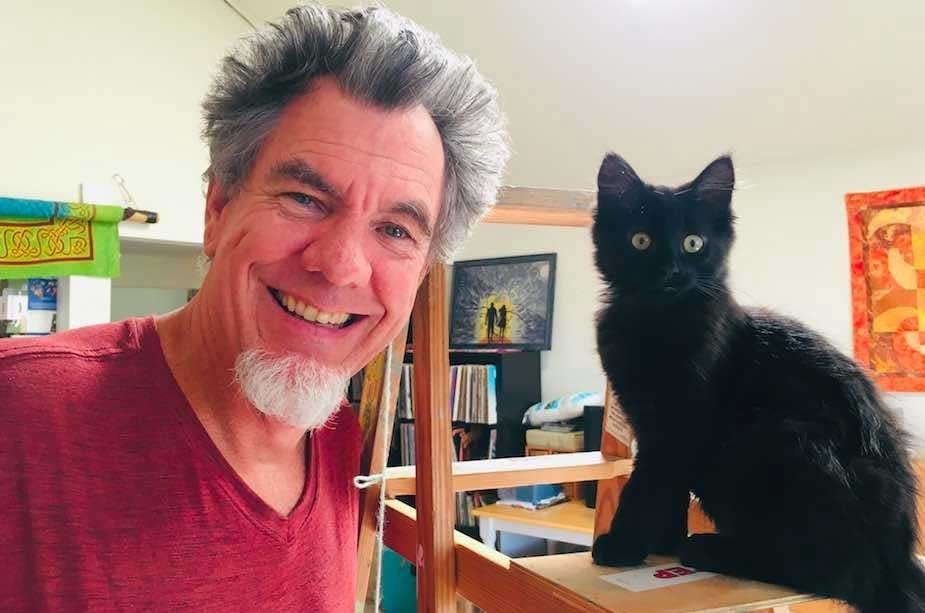 “ How wonderful it is that nobody need wait a single moment before starting to improve the world.”

How do you know when some faraway drama may affect you personally? What’s your method of dealing with the unexpected? When is it time to ask your community for help?

It might seem tempting to brush off the events of last Wednesday, (or the past four years even) as simply another baffling episode in a long string of occurrences that are far away, little understood, and have no real bearing on your day-to-day life.

After all, we’re busy, right? We have work to do, errands to run, plenty of things in our own lives to deal with. Unforeseen circumstances, disasters large and small. (Like beloved cats who suddenly need lifesaving veterinary help — more on that momentarily)

Why bother paying any attention at all to whatever nonsense happens to be going on in Washington D.C. lately? Isn’t it just more of the same? It’s like season after season of some complicated reality show where people in suits complain about each other and make promises, but nothing ever really changes as we putter about in our respective corners of the world. Sometimes shocking images break through, but so what?

The cast changes every so often, the main players get replaced (voted off the island?) every couple four years, and some of the supporting characters somehow seem to stick around for decades. The cynical view, (that’s shared across the spectrum incidentally) is that all politicians are corrupt, nothing ever really changes, no one listens to us, so why bother?

Indeed, why? “What’s in it for me?” is a phrase that floats in the back of the mind of every cynical member of society who has either given up in disgust, or worse yet, decided to burn it all down. George Carlin once said, “Scratch any cynic and you’ll find a disappointed idealist.”

Idealists deal in optimism. They believe in progress, solutions, a better world, and the future. They offer hope to their communities and find ways to improve the world around them. They have faith in the better nature of mankind. I consider myself one. I’d like to believe that you are too.

So how do we idealists face the facts of what’s going on in this country at the moment? We might start by asking how we got here, history is often the best blueprint for understanding the present. How did a populist politics of grievance become so prevalent in the good ol’ USA?

It starts with the shredding of the social safety net. The USA is considered to be a ‘Western Liberal Democracy‘ and yet every other country with that label is aghast. (In case you’re unclear on the terminology, WLD’s feature “free and fair elections, the rule of law in everyday life, a market economy with private property, and the equal protection of human rights, civil rights, civil liberties and political freedoms for all people.”)

Virtually all other Western Democracies, (looking at you Australia, Canada, France), have some form of universal health care and somehow manage to avoid discarding people like litter under a bridge. It’s astonishing to an outsider to know that any ordinary working-class member of US society is only an injury or illness away from being homeless. They rightly ask: “How is it that in ‘the richest country on earth’ people have to beg strangers on the internet for pennies if they happen to get sick?” (Let alone witnessing thousands dying daily from a largely preventable pandemic.)

The fascist playbook is no secret. When enough people are ground down into human gravel by a society without a safety net, a huge reservoir of discontent forms. As the economic chasm widens, the clamor from those at the bottom falls on deaf ears. They look around for scapegoats. They wish that someone could hear them.

The Strongman thunders! “I hear you! I see why you are aggrieved! And only I can fix it!” As it turns out, a populace steeped in grievance is the easiest to exploit. Next comes The Big Lie, the fascist magician’s trick of deflecting blame away from the oligarchs who support him to any marginalized ‘out-group’ that can be labeled ‘The Other’; most often immigrants and minorities.

Speaking to a young staffer in 1960, Lyndon Baines Johnson summed it up with words that ring true today: “If you can convince the lowest white man he’s better than the best colored man, he won’t notice you’re picking his pocket. Hell, give him somebody to look down on, and he’ll empty his pockets for you.” Our foreign adversaries exploit and inflame this dynamic, knowing it weakens us from within.

LBJ was responsible for getting the Civil Rights Act passed in 1964, a task he committed to after Kennedy was shot. If you support the cause of racial and social justice it’s worth your time to read or watch The American Promise, an address he gave to Congress and the nation on March 15, 1965, shortly after ‘Bloody Sunday’ in Selma, Alabama.

History is important, but what now? Remember the ‘Six Degrees of Kevin Bacon‘? Chances are you are no more than a degree or two away from someone who is all-in for an authoritarian America. Perhaps you are fortunate, as I am, that your close family members who voted for Four More Years clam up about politics altogether and keep things civil. But I commiserate almost daily with folks from families torn asunder by propaganda.

The sad fact is that many of the most misguided are unwitting victims of a pernicious element in our culture that ripped the social contract from beneath their feet while dangling the bait of hate before their eyes, blinding them to the reality of our equality, humanity, and the common good. So where do we go from here? Of many great ideas out there, I’ll point to a few.

First, semantics are important — don’t underestimate the power of language. “Insurrection” is an old-fashioned term, often used to describe a grassroots uprising in service to a noble cause. Sorry, this was a coup. “Rioters” are often no more than hooligans who get out of hand. Break some windows, get charged with disorderly conduct. A slap on the wrist, no big deal. Nope. The stars and leaders of this deadly attack on the heart of our democracy are mainly White Supremacists dedicated to violently overthrowing our government, egged on by the loser of an election clinging to power. If that’s not Fascism, what is?

Personally, I feel some level of PTSD-at-a-distance just from watching the scenes and images from Wednesday. I can’t imagine what lifetime civil servants and respectable lawmakers must feel after being forced to cower behind barricades as the mob came for their heads. Especially knowing some of their colleagues encouraged the attack and supported the lies for months in advance. So yeah, words matter if there is to be accountability and hat tip to Umair Haque for writing so eloquently on this topic.

Second, what is democracy without a baseline of truth? A “firehose of falsehoods’ is the fascist’s first weapon, so what can we do about the litany of lies, conspiracies, and propaganda so blithely blasted from bully pulpits across the land? Thankfully, smart people are thinking about this. The Carnegie-Mellon cognitive neuroscientist Bob Thibadeau studies ‘Mendaciology’, the science of human lying. His work on how to restore the stigma of lying in media and the public sphere is invaluable. In short, perjury needs to be punishable beyond the court, and ‘agency’ needs to be enshrined as an inalienable right along with life, liberty, and the pursuit of happiness.

Lastly, learn about The Popper Paradox. If it makes sense to you, pass it around. The philosopher Karl Popper had “the seemingly paradoxical idea that in order to maintain a tolerant society, the society must be intolerant of intolerance.” If that seems like a tongue-twister, this simplified infographic will help. I believe it has to be baked into the rule-of-law structure of democracy if it is to survive.

Idealism, optimism, and belief in our collective ability to solve stubborn problems are what we need en masse in order to rise to the occasion and leave this stain on our history behind. We got this far by adapting, evolving, and raising consciousness. Let’s not give up now.

Whew! Ok! Just when you’re busy dancing, DJ’ing, or saving democracy from an existential crisis, your kitty tangles with a car on your cul-de-sac and winds up at the vet! This is no hypothetical, the cat is our Ozzy and we’re pulling out all the stops to save him. He’s actually my 12-year-old daughter’s rescue kitten, and while his injuries fall short of fatal, surgery is required to repair his ‘de-gloved’ jaw and patch up his broken ribs. The price tag is maybe less than her first year of college, but probably more than what her first car will cost.

She’s stepped up to the plate to raise funds and has written up an excellent GoFundMe page that she’d like you to look at. If ever there was an ‘awwww’ cause worth a few of your bucks, this is it, and she’ll not only be eternally grateful, she’ll send you videos of Ozzy wrestling with our dog Ivan for your cuteness overload pleasure.

And that my dears, is a wrap! From the weighty problems of our world to our feline foibles at home, I’m sending love and light your way till next Monday! 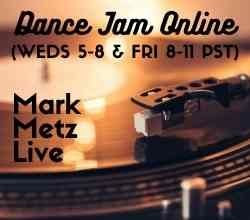