Monday Love to your Care and Culture

Home/Newsletter/Monday Love to your Care and Culture
Previous Next

Monday Love to your Care and Culture 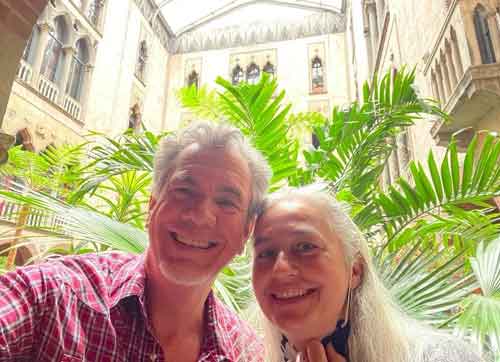 “ This world is but a canvas to our imagination.”

When it comes to your belongings, do you consider yourself a collector? Or do you simply accumulate things?

Some folks are able to go through life barely owning anything, while others tend to amass vast amounts of stuff. You and I, and most average folks out there fall somewhere in between.

There’s a huge difference between carefully collecting and organizing some specific sort of items and simply letting stuff pile up. Collectors tend to obsess over the details as well as knowing the background, history, and minutia of whatever it may be that they’re obsessed with.

Your average hoarder, however, makes no such distinction. The quest for more stuff continues until there’s no room left to stack. Collectibles can usually be categorized and curated in such a way that their value can be expressed to other collectors.

And what happens to those carefully collected items when you are gone? Hopefully they are passed along to a worthy beneficiary and not cast off like some unloved junk.

If you’re really serious about it, and have a vast fortune behind you to put into the effort, you could leave behind a legacy like a certain widow in Boston did early in the last century.

I spent the better part of the day wandering about the Isabella Stewart Gardner Museum, opened to the public in 1903 in the Fenway District. The history of this remarkable woman is noteworthy, not just for what she did, but also for how unusual it was in the era in which she did it.

Raised in the tradition of many upper-crust families at the time, she was sent off to Europe to finish her education in a refined atmosphere. There she met her future husband with whom she developed an interest in Italian Renaissance art. Their only offspring was a son who died of pneumonia at age two, plunging her into a depression for which she was prescribed travel as a balm to her soul.

These travels around Europe, Asia, and other parts of the world set the stage for her later obsession with bringing fine art to the public. She thought that great art was what America lacked and set out to address the problem with the help of her husband.

Finding herself in the possession of a large inheritance from her father she began to collect in earnest. With their collection outgrowing their home, the couple began to make plans for a museum where the work could be enjoyed by the public.

Sadly, her husband succumbed to a heart attack before work on the museum commenced. She pressed forward wish the help of architect William T. Sears to create a Venetian-style home for herself and her expanding collection.

What makes this museum experience more remarkable than most is how she stipulated for its care in her will. Everything is to be arranged and kept exactly as she left it. If anything is moved or changed, then the entire collection is to be auctioned off in Paris with the proceeds being donated to the Harvard endowment.

The overall effect is to experience a collection as the collector intended. There are no explanatory placards or identifying titles to read as you wander the galleries, everything is grouped according to her personal aesthetic whims leaving you free to soak up the ambience.

The collection was marred by an audacious art theft in 1990 when over $500 million dollars worth of art by Rembrandt, Vermeer, and others was lifted, a crime unsolved to this day.

Such prowess in collecting is rarely seen. Should you find yourself questioning your own collection of collectibles, come to Boston and take a walk around the Gardner Museum to put things into perspective. You might just decide to cast off all of your worldly possessions and go to the ascetic route instead!