Monday Love to your Magic & Mystery

Home/Newsletter/Monday Love to your Magic & Mystery
Previous Next

Monday Love to your Magic & Mystery 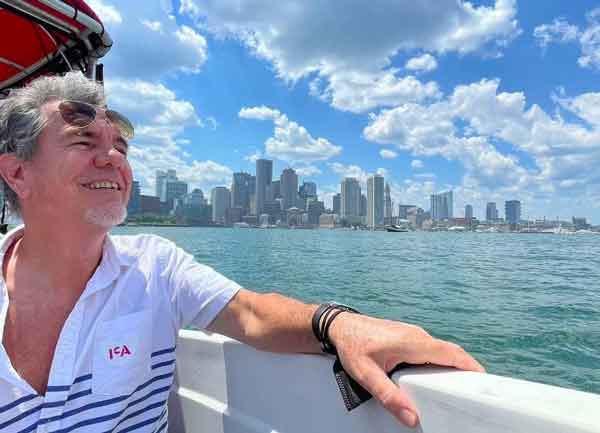 “ We live on an island surrounded by a sea of ignorance. As our island of knowledge grows, so does the shore of our ignorance.”

Have you ever looked at something and wondered just how in the heck the laws of physics actually work?

There’s a big dance going on around us every day between forces we can’t see and objects we interact with physically. We take things like inertia and gravity and the laws of motion for granted because we swim in them every moment, much like a fish swimming in water.

What goes up must come down. A rolling stone gathers no moss. Give me a lever long enough and I can move the earth.

Old saws aside, think about all of the things that you use every day that you probably have no idea how they really work. The modern world is filled with devices that boggle the mind.

Take that little gadget with the shiny screen that you hold in your hand for instance. Like Ozma’s Magic Mirror (that Frank Baum dreamed up over a century ago), you’re able to be face-to-face with someone on the other side of the world, speak to them in real time, and see what’s going on around them.

The whole idea that tiny little silicon chips can move ones and zeros around fast enough to make all this magic happen is enough to make one’s head spin. But here we are, living in the modern world, and we take these things for granted.

Even something so simple and retro as a turntable and a phonograph record is a cause for amazement. Somehow that tiny diamond stylus can wiggle around fast enough in the groove to bring all of that complex and richly detailed music to life? Wow!

The place I find myself pondering these ideas most deeply is when I am 30,000 feet in the air inside a modern jet liner. I flew from Boston to San Francisco today in the space of six hours. I suppose it would be more accurate to say that I simply sat squeezed like a sardine with hundreds of other travelers inside a big metal tube while it somehow managed to get off the ground and fly across the country with us packed inside.

That, to me, still defies belief. When I step on to the plane and look out the window at the other giant flying machines doing their choreographed movements out on the tarmac it’s like all my understanding of science and physics and how the material world works goes right out the window.

These things are simply too big to get off the ground! And yet they do! With hundreds of people and tons of baggage inside no less!

What’s interesting is now humans have started from scratch and developed these technologies and magical machines and that somebody somewhere out there, or some team of people collectively, actually understand how they work and what makes them tick!

Meanwhile, the secrets of the universe remain locked, we may never know how life began on earth, and the biggest question of all may remain a mystery forever: What exactly is consciousness and will we ever figure out where it came from?

It is within this dance between the known and the unknown and which we dwell. Navigating reality is like walking along a tightrope of belief. We live to exist along the continuum of understanding.

So make the most of it while you can! Who needs to know the answers to everything anyway, right? The main thing is to put your best into the universe at all times and do your part to raise consciousness with love every chance you get.

Wishing you all the best and much love till next Monday!