Monday Love to your Dreams and Desires

Home/Newsletter/Monday Love to your Dreams and Desires
Previous Next

Monday Love to your Dreams and Desires 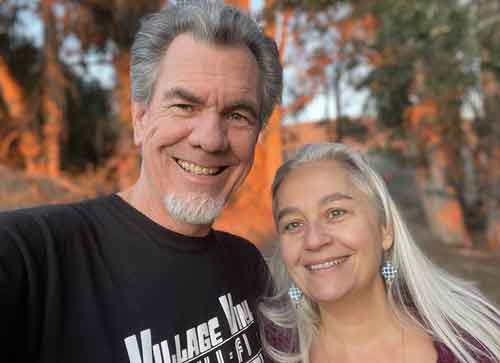 Do you ever feel you missed the boat? Like you had a big dream at one point, but since you never got going on it, it’s too late so why bother now? But what does “too late” mean, and when is it anyway?

I’m sure you’ve heard the old saying about the best time to plant a tree. 20 years ago is ideal, but the next best time is today.

There are any number of good reasons you might choose to start something later rather than earlier. And there is no shame in waiting for the stars to align or to strike while the iron is hot. (choose your metaphor)

Robertson Davies, the great Canadian author, was once asked why he waited to write the Deptford trilogy until after he was 60 years old? He replied, “Well, certain people had to die first, you see.” If the characters in the novel you are writing cut too close to the bone of your living acquaintances or family members you might decide waiting is the best plan.

Novelist or not, no matter what it is you might be putting off, you may as well give it a shot. At least make an effort to stick with it and make a little progress from time to time. And if you need a little inspiration, there’s a story in this weeks news that might give you a nudge.

The name Angela Álvarez may or may not ring a bell — the Cuban-American singer-songwriter, guitarist, and recording artist only put out her first album last year. It was just five years ago she performed her first public concert at The Avalon, the iconic nightclub in Hollywood.

Fast-forward to last Thursday night, and Angela Álvarez won the Best New Artist award at the Latin Grammys alongside Silvana Estrada. 2022 has been a big year for Angela. She celebrated her 95th birthday on June 13.

Born in 1927 in pre-revolutionary Cuba, she first had to write songs in secret. She lived for decades under Castro and many endured many other travails, eventually reuniting with her family in the US.

Before turning 90, only her friends and family knew that she wrote music and played guitar. Her grandson, percussionist and producer Carlos José Álvarez, recognized her brilliance and coaxed her into a recording studio, the rest is history.

Let that sink in for a moment. This grandmother of nine and great-grandmother of 15 won a Grammy for Best New Artist at the age of 95. Wow. Now that’s inspiring!

Her grandson Carlos has wise words for us as well: “I hope this entire project inspires young people to sit down and talk to their elders. Ask them questions. Ask them about the dreams they had once upon a time. They will be surprised at what they find. If we don’t ask them, they won’t tell us, and their wisdom and dreams will leave with them.”

Angela Álvarez says it best: “I think that music is the language of the soul… There are people who give up, but I did not give up… I promise you — it’s never too late. Knowing my music will live on after me makes me so happy!“