Monday Love to your Cosmic Coincidences

Home/Newsletter/Monday Love to your Cosmic Coincidences
Previous Next

Monday Love to your Cosmic Coincidences 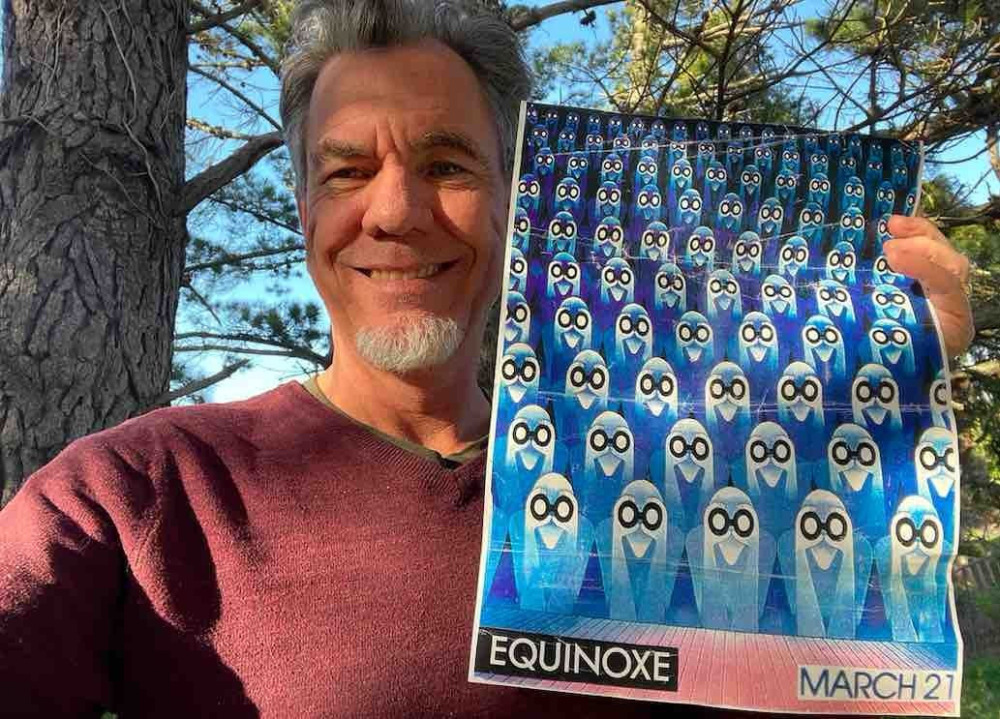 “Synchronicity!” she exclaimed. “Oh c’mon, there’s no such thing.” he scoffed. “It’s just a coincidence.” They walked further down the tunnel into the BART station. She pointed at another one of the ads for the museum that featured the exact same typeface that she’d just used on a flyer that very morning.

“I’m telling you, it’s a sign! I was just thinking about Van Gogh and that whole weird thing about his ear while I was working! I was listening to Camper Van Beethoven and you know darn well my van is in the shop. Why in the heck do you think we’re taking BART?” He arched his eyebrow with the side-eye of the skeptic. “Van, Van, van. It’s Van’s all the way down!” She was practically shrieking. “Then we come down here and the whole station is plastered with Van Gogh’s mug on MOMA posters using Bodoni? It’s an omen, it has to be!”

“Bodoni Bo-schmo-mi. It’s one of the most common fonts out there. I’ll admit, it’s definitely a coincidence, but I wouldn’t read any cosmic significance into it.” They took the train, left the station, and finally arrived at the café. Their friends were late so he picked up a copy of the free weekly arts paper and started flipping through it. As it fell open to the center spread they both looked and saw it at the same time. There, in full color, was an article about Van Morrison, with the headline in 48 points, you guessed it, Bodoni. “Case closed.” she said with a smile.

So what’s the difference between coincidence and synchronicity? Well, to my mind a coincidence is when two different events or occurrences of something happen at the same time or in sequence so that it appears as if they were related or that there is some invisible hand guiding them.

Synchronicity is more like the feeling of being in the right place at the right time. One of those moments where if any number of prior events had happened even a split-second sooner or later, then the moment in question couldn’t have happened at all.

There’s no denying that both of these sorts of phenomena happen with startling regularity in almost everyone’s life. The question is, what do we make of it? Whenever you start talking about belief or intuition you start to veer into the territory of subjective versus objective reality.

The annihilation of truth can be a dangerous thing. I was recently having a conversation with a friend of mine who is skeptical about getting the Covid vaccine. “Well, nobody really knows anything for sure now do they?” he said. Sure, I suppose. But whether we like to believe in gravity or not it’s always seemed to work the same way for everybody I know.

My old friend Terence McKenna often spoke about “the mystery”. He was referring to things that are not just “stranger than we suppose, but stranger than we CAN suppose”. (paraphrasing J.S. Haldane.) He also liked to talk about belief. He would say something to the effect of “I don’t believe in anything, because the minute I do it means that I’ve stopped asking questions about it.”

Coincidence and synchronicity are both observable phenomena that we can take at face value when they occur. Whether or not there is some invisible cosmic hand guiding events is in the realm of the ineffable mystery of which Terence speaks. You can argue until you’re blue in the face about whether or not the universe has some form of consciousness that guides events, but conscious or not, it seems as if there is some sort of trickster at play.

Just yesterday, as I was cleaning my garage for the umpteenth time, (and actually making progress for a change!) I ran across an old poster tucked away in a box of records. Now if you’re like me, you know that it’s not unusual to run across an old artifact that unleashes a flood of memories.

Well, in this case, I not only remembered that night in 1991 but the Nicaraguan promoter Ivan, (pronounced ee-vahn) and the DJs Garth and Jenö and the fact that my old store Ameba in San Francisco’s Haight Ashbury had been the map point as well.

(Fun trivia fact, did you know that during the rave years before the advent of things like cell phones and social media that all-night dance events were often held in illegal aka ‘underground’ venues of which it was imperative that the location remained secret until the moment the party began? Thus requiring the use of ‘map points’ where participants would pay their admission fee and receive a map to the location. This also conveniently kept the cash away from the venue in case there was a raid and made the adventure of dancing into something of a scavenger hunt.)

Amid the memories and flashbacks arising from my discovery of this classic poster lifted from the artwork of Jean-Michel Jarre’s famous record, I happened to look more closely and noticed the date. Lo and behold, March 21st, 30 years to the day. Not almost 30 years, not around three decades, but 30 years to the minute, I would have been standing behind my counter with Ivan’s cash-box handing out little xeroxed maps to the warehouse.

Once again I find myself doing a do-si-do with two of the universe’s most talented dancers, the twin mysteries of synchronicity and coincidence. Moments such as this inspire plenty of wonder and the desire to track down good old Ee-vahn and see how he’s doing these days.

And with that, much like our duo on the train, I leave you with your own world of wonder and wish you the best as coincidence and synchronicity come your way.