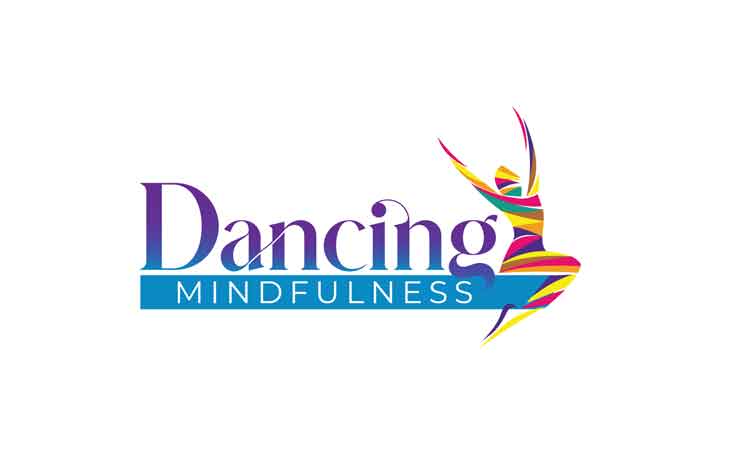 Dancing Mindfulness is a practice over which I never felt comfortable claiming ownership. Dance and mindfulness are two of the oldest healing practices that are inherent to the first peoples of our planet and to cultures on every continent. As I share in the 2015 book Dancing Mindfulness: A Creative Path to Healing and Transformation, I am literally alive because of the folk dancing traditions of my Croatian ancestors. My parents were both folk dancers and musicians practicing in their respective cities and they met one year at a national festival. I was fortunate to be schooled in the same traditions as a young child, and to organically stumble
upon free-form organic styles of movement in my basement as a young child learning to cope with emotions.

In 2012, I formally created a class that I called “Dancing Mindfulness” to take to conferences in my field of psychotherapy. Having reconnected with dance as a healing practice in the years prior, primarily through the conscious dance movement, I was left dissatisfied by the lack of attention that many of these teachers paid to trauma-informed dynamics in instruction. As I explored training in some of these methodologies I was turned off by the desire of founders to overly promote them as branded, copyrighted approaches; particularly when we as modern teachers (many of us white women) may just be repurposing ancient, sacred practices as our own “intellectual property.” When I explored the field of dance/movement therapy, my gut level read is that the community was more exclusive than inclusive, and I wanted no part of that either. I wanted Dancing Mindfulness to be something different. My original desire was never to offer training in what I put together as Dancing Mindfulness from the fusion of my lived
experiences–I really just wanted to get professionals up off of their butts at conferences! We were talking so much about trauma and the body, yet still sitting down and watching slide after slide. I believed, and still do, that engaging in embodied practices directly at conferences and letting ourselves have experiences is how we truly learn about embodiment and mindful awareness.

Dancing Mindfulness has always existed in my mind as something simpler than all of this. It’s an organic practice that I like to share with others. You never have to come to a class to experience Dancing Mindfulness, which is why I’ve attempted to make video content available for free on
YouTube, written Dancing Mindfulness and expressive arts blogs with practice suggestions, and continue to make the original Dancing Mindfulness book and the later book Process Not Perfection: Expressive Arts Solutions for Trauma Recovery (2019) at a relatively low cost. And as I established in the original 2015 book, you do not have to be a trained facilitator to share simple Dancing Mindfulness practices that feel organic to you. The reason I’ve leaned into the word facilitator instead of teacher, is that you are simply sharing your practices with others in whatever settings are genuine to you. We aren’t really teaching people anything that isn’t already inside of them. We may just be giving them some knowledge on how to do it in as safe a manner as possible.

And in the coming years that’s what I want to fully empower people with their own Dancing Mindfulness practices to do as I step away from having formal involvement as this practice’s “leader” or “founder,” two terms which still make me wince. In the 10th anniversary training year of 2023, which is also the 10th anniversary of our retreat, my company the Institute for Creative
Mindfulness will be hosting several special events to celebrate the anniversary of the formal Dancing Mindfulness movement and still respond to our customers’/community’s expressed desires for specific training and retreat work. I am planning to run a 10th Anniversary Special Edition Training February 3-5, 2023 (ten years from the weekend of our first training) that I will primarily facilitate, and we will be offering a significant discount for past trainees to retake the training as a review. The annual facilitators and friends retreat will still take place in-person from April 28-30, 2023 at the Villa Maria Education and Spirituality Center (VMESC), and Irene Rodriguez–who is the Institute for Creative Mindfulness; primary Dancing Mindfulness facilitator
trainer (as the director of our Certificate of Expressive Arts Therapy)–is planning to offer a special BIPOC training cycle, in addition to her regular schedule of trainings. We already set a plan in place last year to have non-clinical mental health professionals offer training without CE credit hours as Dancing Mindfulness Partners, which Joanna Cashman is actively doing in
Oregon and several other professionals who experienced some advanced training with us are planning to do with our blessing.

However, by the 15th anniversary of Dancing Mindfulness in 2028, I want my involvement and the involvement of my company, the Institute for Creative Mindfulness, to be removed from this practice we call Dancing Mindfulness. I want to formally turn it over to someone to potentially transform the practice and its trainings/retreats into more of a non-profit structure with the understanding that Dancing Mindfulness practice itself must never be copyrighted or trademarked for it belongs to all of us. Or perhaps several of you with non-profits or other public benefit companies will find a way to offer training and show others how to share Dancing
Mindfulness practice in a way that feels more organic. I am open to any ideas or conversations that any of you may have about being the person or people to engage in this work. Like with a lot of approaches to therapy or great movements, I believe there is real growth when the
“founder” releases control of it. And that means letting you, those who love Dancing Mindfulness, decide what needs to happen with it as a practice. That may mean, if I hear the feedback, that we don’t do trainings in it at all… that it exists just as a community organization that spreads the love of dance throughout the world.