Monday Love to your Walk of Life and Kudos to Madrona MindBody Institute in Port Townsend, Washington!

Home/Newsletter/Monday Love to your Walk of Life and Kudos to Madrona MindBody Institute in Port Townsend, Washington!
Previous Next

Monday Love to your Walk of Life and Kudos to Madrona MindBody Institute in Port Townsend, Washington! 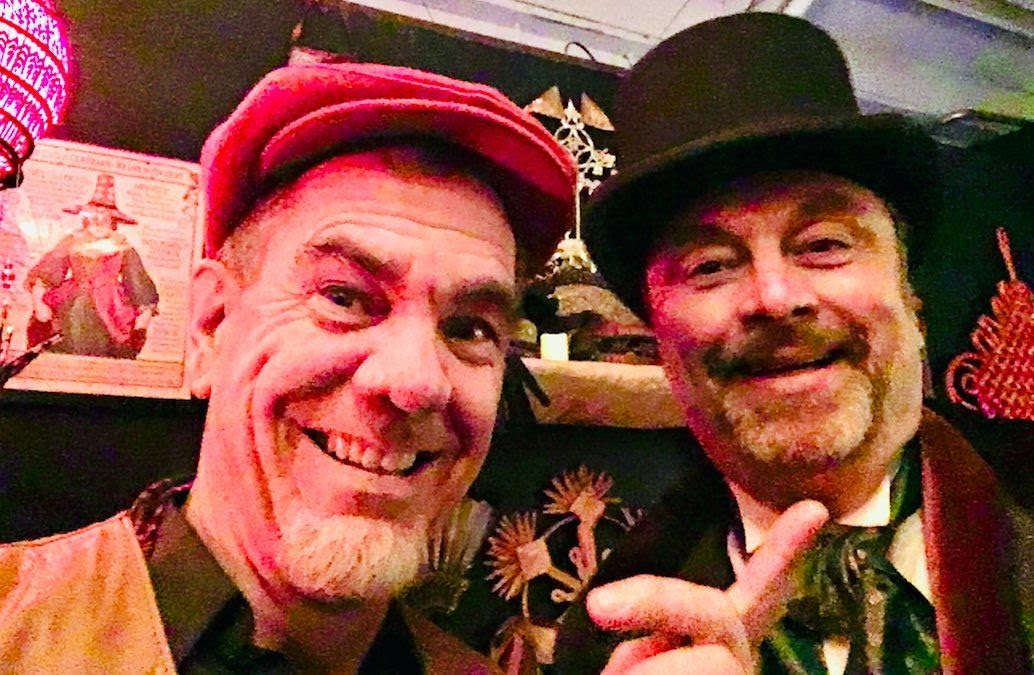 “You’ve got to bloom where you’re planted!“

How far along are you on your ‘walk of life’? Has it been the same path so far? How intentional have your choices been along the way?

You’ve probably heard people described as having come from ‘all walks of life’. Indeed, when you think about it, there are as many paths as there are people in the world. You may walk one that resembles another, but while the education, career, or profession may not be unusual, the series of events and the cast of characters are surely unique.

The path itself invites perspective in that your perception of the length of it depends entirely on which end you are viewing it from. Looking forward from the invincible years of youth it seems interminable, with the interval between birthdays and holidays seeming to last forever. From that side, it’s almost impossible to imagine those seemingly minor decisions could have a major impact much later on.

From anywhere along the middle, (by whatever yardstick you use to define it), it’s easy to be caught up in the swim of things, busy with the business of making your mark on the world and focused on the task at hand. You might be raising a family, creating a body of work, building a business empire, or contributing to the success of an organization, so thoughts of the future or glimmers of the past remain on the sidelines for occasional review.

Judging by what I can glean from the elderly folks in my life, if you’re fortunate enough to make it into the rarified realms of the octo- or nonagenarians your outlook will shift and the years won’t seem nearly as long as they once did. An average lifespan becomes only a blip in the pages of history.

My grandmother on my Dad’s side lived from the era of covered wagons to the time we put a man on the moon. Apparently she was skeptical that the moon landings really happened, to her it seemed like just another show on TV. I started out driving a gas-guzzling V-8 with a stick-shift, soon I will be able to simply tell my clean electric car where to take me and recline for a nap. Our lives naturally overlap a small part of history’s timeline, we live after events that are ours to study and prior to a future that we can only ponder.

The big takeaway from contemplating how our ‘walk’ fits in the world is that we only get one path for ourselves, so we may as well appreciate and respect all of the others. I once read that the Mayans believed that there are precisely 144,000 different ways that humans present themselves on earth. These could be considered personality types, or modes of expression if you will. This would explain the Doppelgänger effect, if you’ve ever encountered two unrelated people who seem like they were cast from the same mold, you know what I mean.

My seven-years-senior brother left the nest to seek the spirit of the 60s in San Francisco circa 1972. When that road became rocky he joined the Coast Guard for a stint on an Arctic icebreaker and then some years guiding river traffic in New Orleans. After the service he settled into more than 20 years with the Denver Public Library, building and archiving their world-renowned Western History Collection . Somewhere along the way, he swapped the name Randel for Rafi and more recently he’s retired to Thailand where he’s mastered the language and signs his name แก้ว. He’s also a life-long gardener who gave me the saying that I quoted above.

You might be one of the folks whose path from education to career and beyond follows a straight and logical line. Or maybe you’ve switched it up a time or three and are yet to settle into your eventual comfortable groove. There’s no one way or proper method of doing it and life doesn’t come with a simple set of instructions. Few of us wear more than a few hats in our allotted time on earth, there’s only so much time between the cradle and the grave.

I know there are many people like me who tend to juggle — I have pretty much equal passion for dancing and playing records, working with my hands and creating things out of metal, and writing about all that and more on a regular basis. The through-line for me is community-building, so between my Friday night family at Dance Jam , my quirky cohort of creatives at The Crucible, and all of the movement professionals around the world that I serve with Dance First , I have ample opportunity to connect and engage. The three balls that I have in the air keep me on my toes with dull moments few and far between.

When I think about the wide variety of people I’ve gotten to know through the years, an interrelated dichotomy appears. It has to do with good fortune and adversity, and how the two are approached. Everyone faces their own set of struggles, but not everyone deals with them in the same way. Some folks learn early that some level of strife is inevitable, so the key is to focus on the path beyond the problems and let troubles bounce off like water off a duck’s back. Setting good intentions and knowing your goals is key to staying on course.

Others fail to see the folly in frustration and pit themselves against every problem as a personal crusade. You probably know someone who lives in a constant state of reaction; bitter, embattled, holding on to grudges, and unwilling to forgive. Life often smacks these people upside the head with a major disaster. The lucky ones use it as a springboard to leave years of struggle behind and finally allow a profound shift in consciousness that changes everything.

The end result of these approaches is either enjoyment of life or existential angst. I’ve known and count as friends folks from ‘all walks of life’. Dance teachers, doctors, and engineers. Artists, authors, and popular performers. Entrepreneurs at the top of their game and eccentrics who are happily hermits. Among those who are happiest, the commonality is contentment. You can read it on their faces as the years tell their story.

These thoughts bubbled to the surface this past weekend as I wandered through Victorian London courtesy of The Dickens Fair . That’s me with head honcho Kevin Patterson in the photo above. He’s carried the family torch forward from his father’s days at the helm of the original Renaissance Faire here at Black Point in Marin County. Now his kids are learning the ropes by running concessions and helping to manage the vast assortment of performers and participants that comprise The Dickens Fair.

It’s an inspiring clan to get to know, and I’ve had an inside track since Laura Cirolia, my DJ partner at Dance Jam and creative director at Conscious Dancer, happened to grow up with Kevin behind the scenes at the Renaissance Faire. Hidden behind a secret door at the Dickens is a den of honor dedicated to the memory of ‘The Captain’ and his wife Phyllis who built a life and legend around creating community through the living history of folk arts and culture.

As I stood with Kevin in the Opium Den toasting the memory of The Captain and the continued good fortune of the Fair I couldn’t help but wonder what his path must be like, and how each of us is suited to a different set of circumstances. I, for one, could not possibly imagine what it would be like to be personally responsible for such a vast amount of stuff! The sheer volume of props, backdrops, decorations and decor that go into putting together The Dickens Fair every year is staggering, and knowing that someone is in charge of both packing it all up and then directing the reassembly each year is awe-inspiring.

It left me with the paired feelings of contentment and appreciation. Thankful that there are people in the world like Kevin who choose to walk a path designed for the betterment of us all and content that my own journey fulfills me and contributes to community with less stuff to manage!

Your ‘walk of life’ is on a path of your very own. Whether you’re on a solo mission of personal growth at the moment or blessed by walking arm-in-arm with a loved one, know that it’s yours to make the most of. If you can be content with your path through life and spread love, kindness, and appreciation wherever it leads, you’ll be doing yourself and all the rest of us a service! 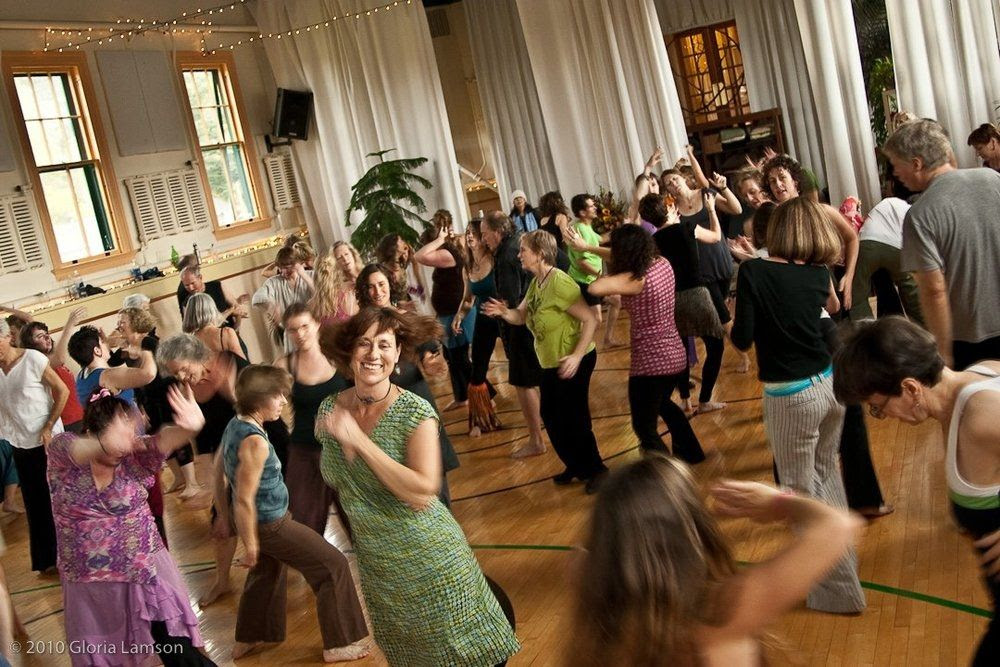